0 Movies You Really Should've Seen By Now If You Want To Consider Yourself A Grown Person: Reality Bites 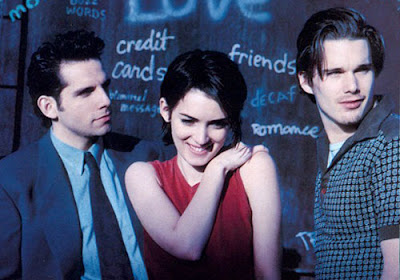 [and forgive me in advance... this is going to be a smorgasbord of nostalgia.]

you need to see reality bites to be a grown person primarily because reality bites reenforces the fact that we are, indeed, grown people. by which i mean, OLD people. file this under those movies we watched after grad school (ie. kicking and screaming) that made us go: "fuck, i'm 25 and those characters are all 23." 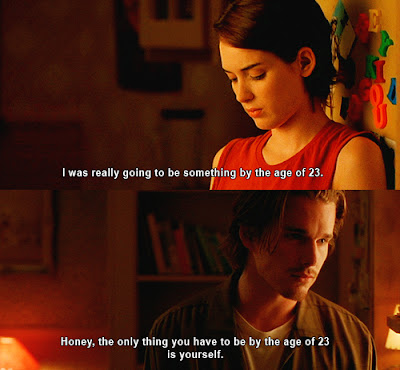 i was 13 when reality bites came out. i first saw it during a summer when libby came to spend a week with us in nashville and we did nothing but watch movies. this was when rentals from kroger cost a whopping $3.95 so we had multiple viewings of reality bites and the christian slater/fred savage classic the wizard. because it is AWESOME, here's what that looked like: 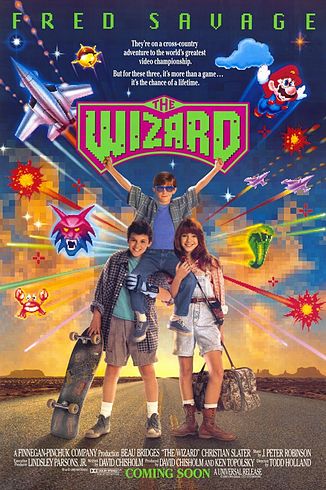 libby was already reading vogue by then, but i was way behind. this was the summer i discovered YM. the initials stood for "Young & Modern," and for the first time ever i was aware of both my modernity and my youth. in the life of an adolescent girl, such an awareness is a game-changer.

this was manifested in instantaneous, all-consuming boy-craziness. not for actual boys i knew, but celebrities. and i vividly remember that each night during that visit, libby and i propped up an issue of YM with luke perry on the cover so dylan mckay could watch over us in our sleep. 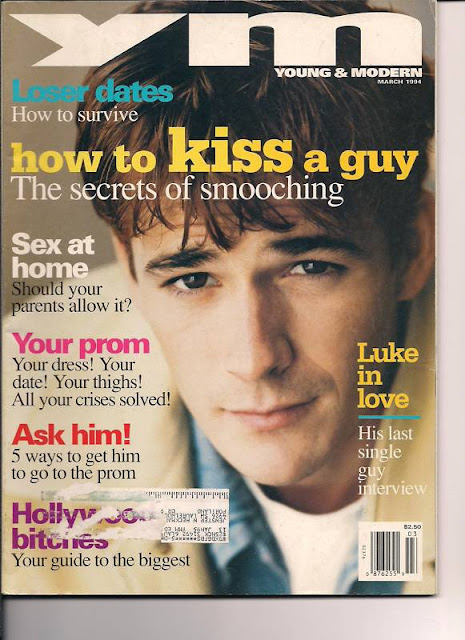 (fyi- lindear and kj's note on kissing was far more illuminating than "the secrets of smooching.")

which brings me to the character played by ethan hawke in reality bites... troy. 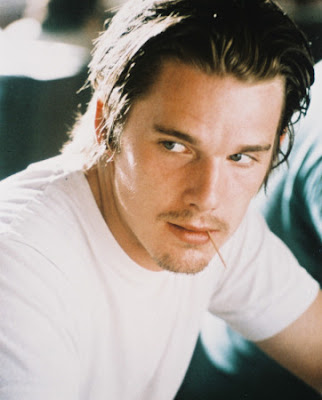 ohmygod, troy. i loved troy. because he was beautiful in that grungy 1994 way and he played the guitar and he sang and he was a nihilist with great emotional depths and a deep-seated love of sweets.

he was also nothing like the straight-laced ben stiller character who the artsy-fartsy winona ryder character probably should've wound up with and, because even at the age of 12/13 i was already drawn to portrayals of women who didn't do what they were supposed to do, i respected troy for providing an exciting,  unconventional option.

reality bites isn't meant to be the story of our generation. it's the story of the generation just prior. but if you've majored in the humanities, there's something frighteningly resonant about the world depicted here. it eloquently captures the purgatory between graduation and a real job/a published book/a literary career/real life. that aching sense of not being what you thought you'd be and wondering if you ever will.