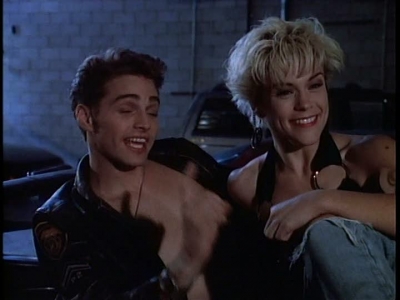 to THE HOT NIGHT ON THE TOWN WITH MY UNDERAGE COUSIN.

because yeah, it totally happened.

i should mention that the saga of my underage cousin going to the midwestern liberal college is the kim kardashian's marriage of my family. all the olds, they are riveted. they are dying to know what's going to happen next.

that my underage cousin was coming into the city for a night to voluntarily hang out with me was seen, by the whole family, as an informational goldmine. in contrast, i saw it as a chance to impress a kid with whom i've absolutely nothing in common with how incredibly cool i am.

my cousin is twelve years younger than me. i'm a liberal woman who left the south and wants to write for a living. my cousin is an athletic, arch-conservative, ultra-southern boy who wants to be a dentist. we have never been friends.

in retrospect, that is maybe not something one night of clubbing can rectify.

if i had to pick one detail with which to summarize the evening it would be the fact that, when i met him at the train station, my underage cousin carried in his hand a plastic bag containing a six-pack of miller high lifes.

this was an evening i expected to be ridiculous, but the anticipated total ridiculousness was compounded by the fact that my underage cousin and i were clubbing on the friday before the saturday that is chicagoween. meaning, we were pretty much the only people out.

this is not hyperbole.

at 10:30, we were treated to complimentary shots for being the bar's first customers and it was 11:35 before the third and fourth customers of the night came rolling in.

several PBRs into a night of many PBRs, to break the tedium, my underage cousin asked: so, is anything interesting happening in your life?

for the record, as a 30-year-old woman, it is really hard to know what to say when an 18-year-old boy asks if anything interesting is happening in your life.

my mind ran riot on the million ways this question could be answered. i am not writing a book! i'm producing wikipedia pages for middle-aged people of vague fame! i do that yoga where you sweat a lot! i'm totally intimidated by the size of the microphone i have to use for this gig i've got! my gay high school boyfriend and i want to make a movie together! i'm going to be robin hood for halloween specifically so i can make jokes about wealth redistribution and the 1%!

yeah, no. i took the easy way out and said, soon i am going to prague.

this elicited a low-impact oh, cool.

it's funny, and perhaps a small blessing, that when you're 18, you think you are grown up. you feel grown up. you imagine you look grown up. and you do not realize that you don't.

it isn't until you're older that you look back and see just how very not grown up you were and how obvious that must've been to everyone else.

we're drinking pints at rainbo when my underage cousin leans over and asks if he can put his retainer case in my purse. i say, yes, knowing full well that ten years from now, i'm going to give him so much shit for that.
by oline