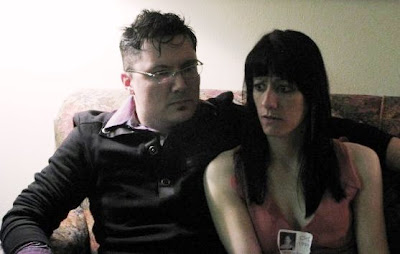 five weeks ago i recounted a story to steven. his response: "wow. you're being such a man."

it was the exact same tone he used that one time after we'd broken up in college, when i left a message on his voicemail about how i was going to be busy on friday night. talking to me on sunday, he inhaled and said, "you sounded so strong in that message." his tone was equal parts awe and horror.

he meant this as a compliment, this thing about how i'm being a man about this other thing. and there was a part of me that took it that way. as a really lovely compliment. still, there was another part of me that recoiled in horror because i really don't want to be a man.
by oline

appreciate also how it kind of looks like i'm wearing a wig.