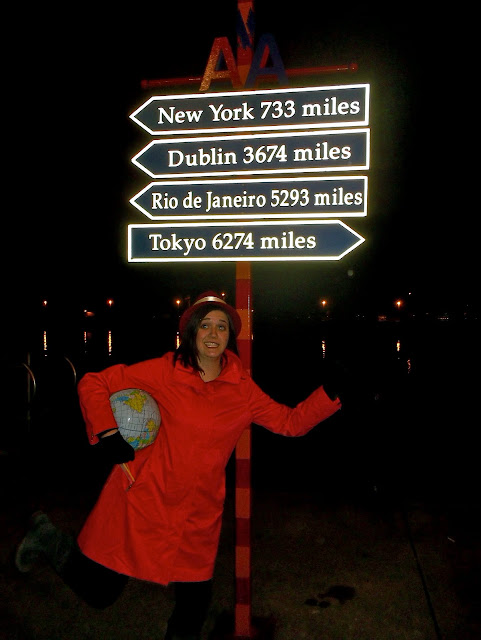 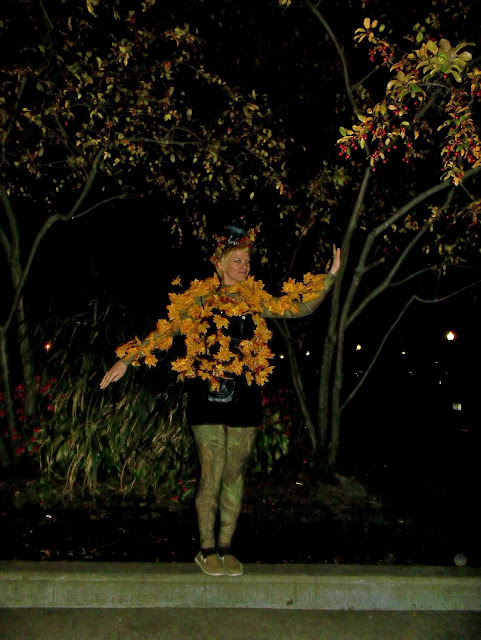 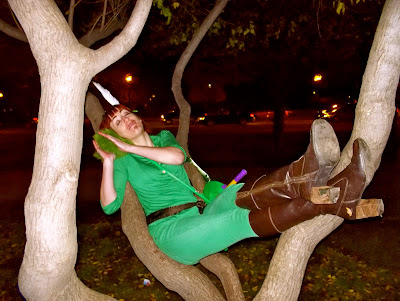 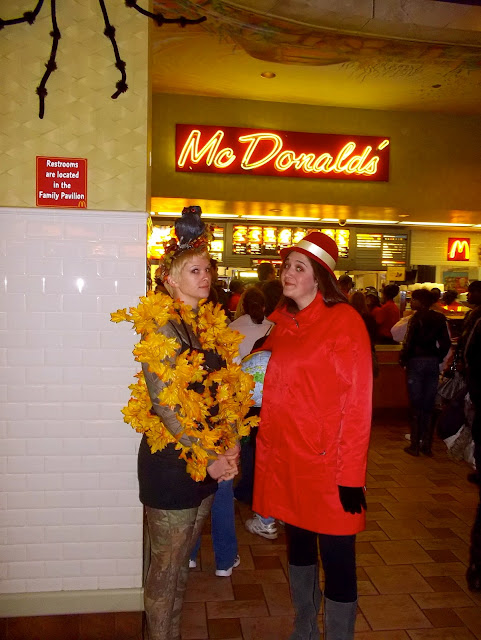 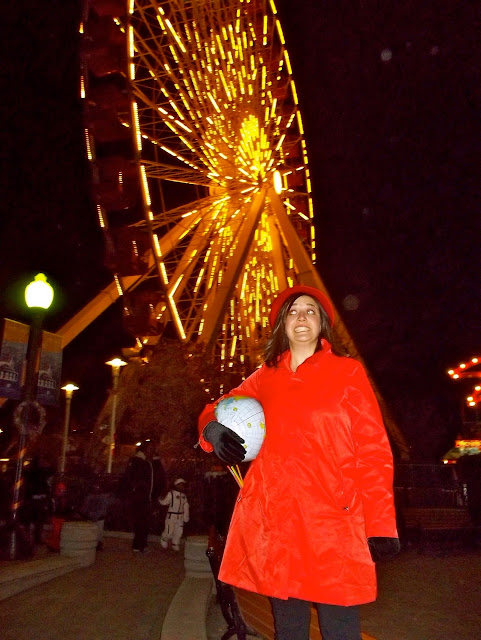 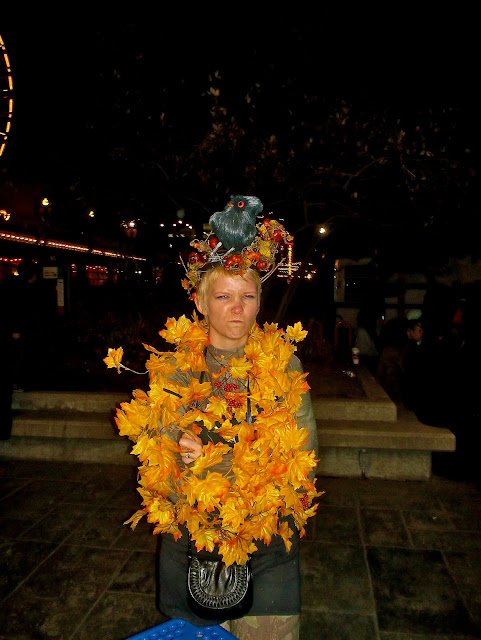 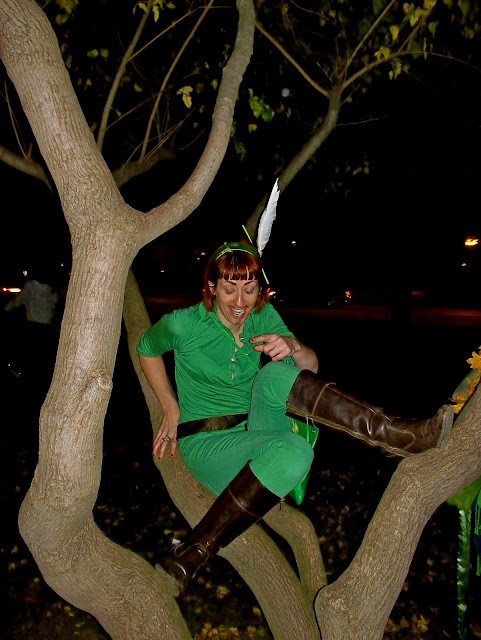 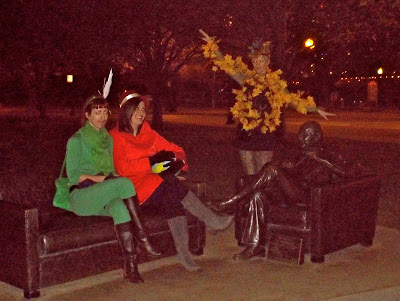 Email ThisBlogThis!Share to TwitterShare to FacebookShare to Pinterest
filed under: good girls in the city

totally want to steal the tree idea. although I equally love peter pan and carmen sandiego as well!

robin hood! i was a man of the people, not a boy!

ah, yes. I see the facial hair now. you are totally a man of the people.

and you should totally be a tree. minus the hellaciously creepy owl on top.

I was going to ask if you were Robin Hood or Peter Pan until I read the other comments. The feather through me off. either way, you looked great!

ah, so the feather was the point of confusion. it was supposed to be in lieu of a green felt pointy hat.