3 on being born again 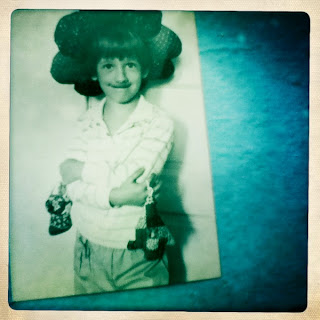 i grew up in what is referred to as “the bible belt.” this phrase is grossly misleading as it fosters the notion that there’s a whole chunk of america where people, sheeplike, believe the exact same thing.

living in the bible belt doesn't mean you believe, believing doesn't mean you’ll belong and going to church isn't a guarantee you’ll see god. i can say that having faked it for years.

i’d been in church my whole life but my belief was deeply private and i was haunted by the sense that, for this reason, it was inferior or- far worse- invalid.

in the evangelical church of the 1990s, there was a big emphasis on the idea of being "born again." you've heard this phrase. it was a favorite of george w. bush.

in being “born again,” you were supposed to experience a radical life change. people had testified to this in church. time and again, they would take to the pulpit to tell how their lives had miraculously altered for the better since they had been “born again.”

thus, this was what i expected upon being baptized. radical life change. i thought everything would be different and it was the great tragedy of my young life that it wasn't. that, when every head was bowed and every eye closed and the people around me were speaking to god, i just felt numb.

something was missing. something everyone clapping and singing to the music obviously had while i struggled to even get on beat. as the leader of the praise band encouraged us to “sing it again, once more, to the lord,” i couldn’t help but wonder if he was speaking to me. if i was so far from god that i had unknowingly serenaded the devil.

in church, people spoke constantly of hearing the voice of god and of the things god had told them to do. it was as though the lord had set up a private line to their hearts and they could channel god's instructions as easily as picking up the phone.

it was not like that for me. when people said they felt the presence of god stirring among us, no matter how hard i strained, i felt nothing, not even the slightest breeze. i emerged from this experience with the belief that church was the loneliest place on earth.

"i emerged from this experience with the belief that church was the loneliest place on earth."

so am I to conclude that you are a masochist?

oh, we'll get to that at some point here. don't you worry :)

i don't know how i missed this one, but since i did, i'm glad you linked it from your most recent piece. you'll definitely have to string all of these church/god pieces together...tricky as it may be. there's something here that eventually needs to go out into the world as a cohesive whole. your blog is the perfect venue now, but someday...someday, this one is going to be a home run as well.