context: in january 1993, my family moved to nashville.
i met meggie and lindear and bombed 1/3rd of my classes.
i also fell madly in love with tony cromier.
oh, and i got braces.
and there was an 80% chance it would snow.
2-29-93 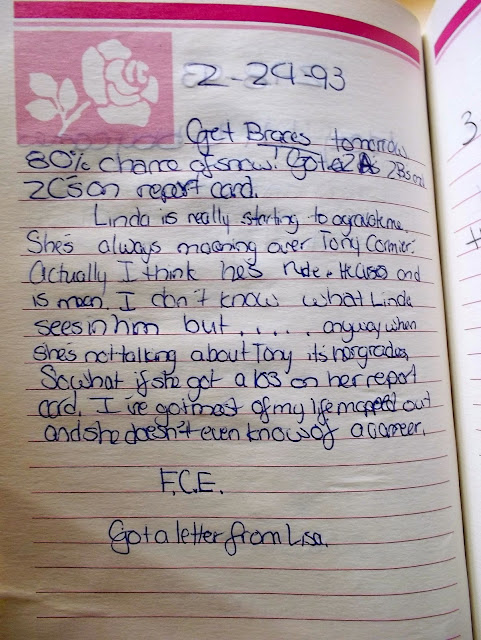 [trans.: Get Braces tomorrow.
80% chance of snow!
Got 2A's, 2B's and 2C's on report card.
Linda is really starting to agravate me.
She's always mooning over Tony Cormier.
Actually I think he's rude. He cusses and is mean.
I don't know what Linda sees in him but...
When she's not talking about Tony it's her grades.
So what if she got a 103 on her report card.
I've got most of my life mapped out and she doesn't even know of a career.]
fyi- in february 1993, we were lookers... 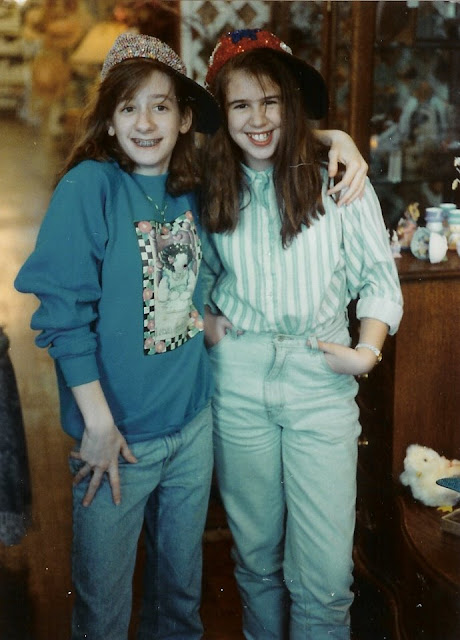 I mean, I can see why you were jealous. Few people can rock husky boy size white-wash jeans in the 6th grade.

i think we need to restage this again. i mean, it's been 5 years. and it's SOOOOOOOOOOOOOO awesome.

yes please! how do we not yet own these hats?

oh HONEY. that could be arranged...

though i kind of want an upgrade to leopard print...

fyi- things no one need ever google in the year 2011: "patriotic sequin baseball cap"

YOU FOUND THE ACTUAL HATS!!! I mean, you said you had, but I didn't get to look until just now. Amazed. Well done, Team Internet + Oline.