0 Movies You Really Should've Seen By Now If You Want To Consider Yourself A Grown Person: Sixteen Candles 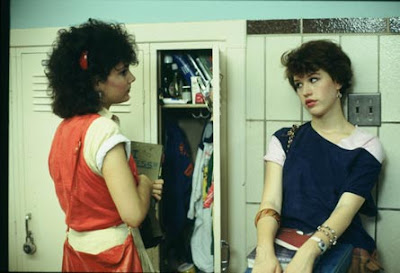 there's no excuse for this one (yes, meggie, i'm talking at you). the others, maybe, yeah. i can kinda sorta understand how you could've missed circle of friends or the before movies, and i'll even be generous and grant you some lee-way on zoolander and shakespeare in love. because, in their own ways, these films are esoteric.

you know in your heart of hearts you should've seen sixteen candles by now. 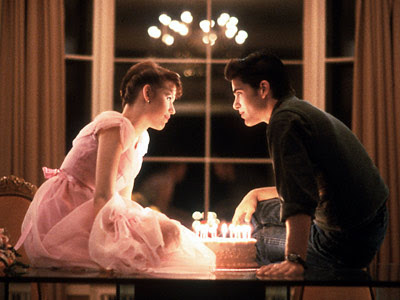 it's freaking sixteen candles! and while i realize every argument i've put forth in support of Movies You Really Should've Seen By Now If You Want To Consider Yourself A Grown Person has been couched in a "look! the gang's all here!" mentality... LOOK! the gang's all here.

yes, everyone who was anyone in the 80s who wasn't starring in the outsiders is in sixteen candles. molly ringwald! anthony michael hall! john and joan cusack! long duck dong! AND that guy from the 80s who looked just like matt dylan and who i always thought was matt dylan but who, as it turns out, isn't matt dylan at all- he's here too! plus, there's a character named caroline! (who is as obnoxious as characters named caroline always are.)

oh, and fun fact- sixteen candles is the film from whence comes (syntax = awkward) that famous 80s song where all the lyrics are "ah, ah, ah, ah, ah, ahhhhh-ah." yeah, that one. you know you know it.

so here's the final wallop in my highly convincing argument for why you have to see sixteen candles to be considered a grown person: because you really, really cannot be a grown person until you've seen a pg movie where the f-bomb is dropped in the first five minutes and drinking water from a fountain while wearing headgear is a running gag.

watch it. immediately. your inner adolescent will explode with glee.