1 jackie is having a moment 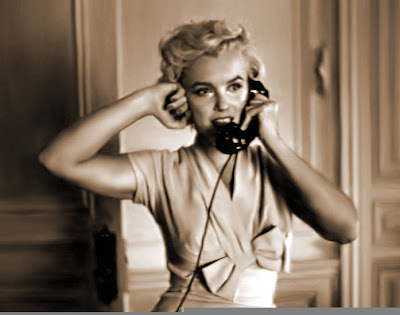 my mother has now twice used the phrase "you go, girl."

the first was way back in march 2010, when she heard that i was having coffee with the philosopher, whom i mistakenly believed to be a lawyer. this was coming on the heels of the fall of 2009- the epoch of dire doom and dread during which i spent most of my time reading twilight- so i can see how meeting a man (regardless of the particulars of his employment) for caffeine could be interpreted as such great progress that my mum would channel her inner spice girl and exclaim, you go, girl.

it was an explicable response, though still a totally ridiculous and somewhat over-reactive one.

the second instance happened this past monday. we're talking about the jackie documentary idea, an idea that suddenly- out of nowhere- seems to have legs. she's excited and i sense it's coming. it seems only logical that, at some point, the torrent of "jackie is having a moment" (a phrase repeated ten times over twenty minutes) is going to give way and yield yet another you go, girl.

but it's still a surprise when she says it with such gusto, without a trace of sarcasm. and it's still a surprise, the sensation i feel upon hearing her say it. the tiny thrill and very great sense of power that comes from the fact that my mother thinks i can do this and she has said, you go, girl.
by oline

I must get details about this documentary project. It was only alluded to in our last conversation and I'm hungry for more...