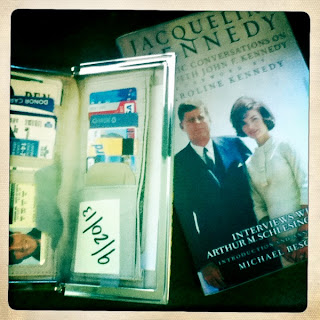 one down, two to go.

on 20 september 2010, while riding home in a cab from midway, i decided i was going to be a biographer for real. i had a post-it and an endpoint and that is all.

this was like going to prom stag or studying at cornell for the summer. one of those adventures that is so exhilarating at the out-set but once you get into it, there's a primal sensation of "holy shit!"

this past year has been very holy shit.

i don't know what i thought would happen. all i know is that i expected none of what did, that i've no idea what's next and that i wouldn't have it any other way.