0 sleeping is giving in 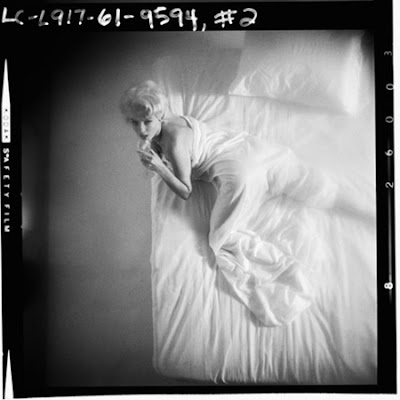 is it bad that i assume this will end in a psychotic break? because i do. i accept as a given that i'll one day either be in a hospital reading harry potter or in therapy for years and years.

how mortifying. to be driven to therapy by a book. it seems such a small, inconsequential thing around which to mount an emotional melodrama.

there would've been far less stigma attached to a novel. people would look at me and say, oh yes, yes, with all those characters and original thoughts running round her head, she was bound to become a loon. as a society, we celebrate the novelists who go mad.

biography's just an easy peasy recanting! the story is already written! it's the simplest of simple things! even andrew morton can do it!

turns out biography isn't easy. and that fact is both the best and worst part.

there's a burden that comes with telling someone else's story. i'd like to trot out fancy metaphors about how it's just like vacuuming in pearls or carrying a badly-behaved baby while wearing stilettos or walking a red carpet in heavy ermine and lace, but it isn't. at least not for me.

it's tempting to leaven the ugliness of that with a "sometimes," but i won't. because it isn't a passing sensation.  it's a feeling that sticks to the bone.

and so, most times, i feel like a funeral director. a not very good one who is always second-guessing herself, wondering whether the make-up's been done all wrong. whether a garish ghost is the result of this attempt to capture the spiritual essence of a stranger.

my memories of these past eight months unfurl like a prolonged dream sequence. which is funny because i sleep very little. so little that i am embarrassed by the lack and so, as people deduct ten pounds from any public announcement of their weight, i routinely add a generous supplement to my tally of hours slept.

this is worrisome. it is an embarrassment.

but even in that, my priorities are all wrong. it is an embarrassment because i'm concerned not by the lack of sleep but by my dishonesty regarding it.

i do wonder if i bring this upon myself. if i'm going to wind up in that hospital reading harry potter not because i'm tired but because i seek adventure as a mechanism of avoidance.

i write that already knowing the answer is yes.
by oline