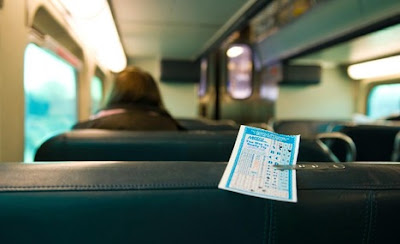 the primary side-effect of my taking the train to paris for the day is that i now have no problem taking metra trains.

and by "no problem" i mean i'll do it. i'm not implying that it's an endeavor without angst. i'm still so intimidated by the prospect of purchasing tickets that i conduct this transaction with an actual person rather than a machine because i doubt my own instinct to catch the metra going the right way. and i still worry about the indiscrimate signage, assume i'm standing on the wrong platform and then second-guess that the stop heralded as "next stop: "wmweriohaipdrnaaaaa" really is, in fact, mine.

but now i just deal with it. and this has opened up a whole new world.

a magical new world that the people who live there call "chicago" and which we chicagoans refer to as "the suburbs."

suddenly a host of exotic destinations are within reach. winnetka? totally. elmhurst? hell yeah!
by oline

You are the first person in human history to ever go "elmhurst? hell yeah!"

This is not really something to be proud of.

i'm not saying i'm proud of the sentiment, but it did make a provocative closing line.

I actually took the Metra to Elmhurst for a job interview in my just entering the AFTERMAPH phase.

It's got one thing going for it in that it is a place.

I share your joy, even though I do not know what a metra is.

any metra line going South (west) Side will have at least one of my uncles or cousins on it. They're a a friendly bunch.