5 that is not how it happened 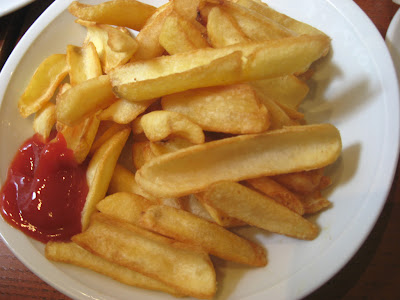 we're on the phone discussing something i have written and she has already twice said THAT's not how it happened and so i change the subject. i ask if she still has the address to the place in paris with the french fries. i will need this next month.

she doesn't have the address but, as we both remember it, when you're facing notre dame, you go left and cross over to the left side of the street and halfway down the that block- 3/4s of the way down the west side of the cathedral- there's a restaurant with a cart out front. the French Fries Of Our Lives are inside there.

we fall into a trance-like state recounting this, mesmerized by the memory of those fries. (they were really good fries.)

my mum sighs and says, oh cupcake, do you remember it? i remember like it was yesterday. how we were walking by and we saw those people with their plates of fries and we said, 'we NEED those'!

it is more than a little gratifying to say, weeeeeeelllllllllll, actually, that's not how it happened. it is downright nice to remind her that we were sitting in a random restaurant where she and my aunt made fun of me for ordering french fries. fries that were so good that they ultimately had to order their own. 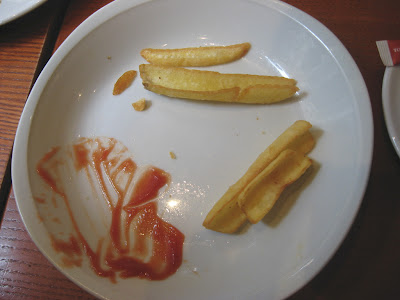 Email ThisBlogThis!Share to TwitterShare to FacebookShare to Pinterest
filed under: little debbie, the family forward

um. now I jsut really want these french fries for lunch. sadly, I'm not in france...

if it's any consolation, because i've blogged about this and it is the #2 reason i'm going to paris, odds are the place has shut down.

that crossed my mind when you were recalling the directions to get there. it is all contingent upon that cart!

i've a pretty good idea of where it was in relation to the cathedral so as long as they're open i should be able to find it.