2 my father had this sex girlfriend 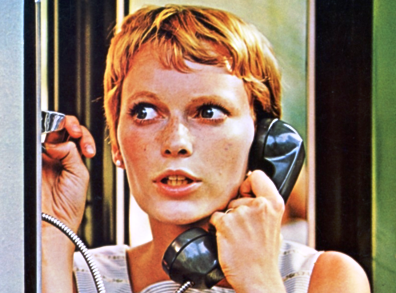 in 2008, i wrote a story about my father's ex-girlfriend. in late 2010, at the repeated urging of the man i was dating then, i rewrote it and it became "my father had this girlfriend."

in january, my father's old girlfriend took a turn about the naked lady bar, where she was whipped into fighting shape and, subsequently, she was submitted.

soon, the whole wide world of indie lit magazines knew my father had this girlfriend. and much like my father, they wanted nothing to do with her.

come late may, i cut a small novel's worth of words from my father's girlfriend, trimmed her down to an anorexic 497 and submitted her again. one last time.

this was the hail mary pass. the very last hurrah.

i was thinking about all of this last tuesday morning. about how i'd really dodged a bullet, because if "my father had this girlfriend" were accepted that would've been a hard conversation to have. a tough decision to make.

i was thinking this on the morning of the tuesday night that i received notice that "my father had this girlfriend" had, in fact, been accepted for publication.

my response to the two other emails of this nature that have come across the transom has been an explosion of unadulterated joy. that was not the case with "my father had this girlfriend."

for years i've made liberal use of my family as characters. they know this and i know they have mixed emotions about it. two christmases ago, i gave my parents a massive collection of all the stories i've written about our family, but i left out one. the one i left out was "my father had this girlfriend."

the news that "my father had this girlfriend" had been accepted stirred in me an emotional response best described as a first cousin to the feeling when it dawns that you are being dumped. a fiery sensation in the cheeks followed by an immediate, tremendous need to puke.

the hard conversation i had hoped to avoid had to be had.

i call my dad and say, we need to talk. a phrase from which, in the whole of human history, nothing good has ever come.

i tell him i've written a story. i am using my best seroius grown-up voice and clearly articulating every syllable- because he has this fancy new touch screen phone on which he can't hear anything- when i tell him the story i have written is about his ex-girlfriend and it has been accepted for publication.

we talk for an additional 45 minutes about this story and myriad other things and we're just about to hang up when he says, i'm so proud of you, but i just don't know about the title. i mean, "my father had this sex girlfriend"?!?!

he heaves a sigh of relief and says, OH. OH. yes, yes, publish whatever you want. that's SO much better. i mean, imagine my chagrin at having to tell your mother our daughter was writing sex stories about her dad.
by oline

Email ThisBlogThis!Share to TwitterShare to FacebookShare to Pinterest
filed under: accomplishments in the city, the family forward