4 what a nice compliment 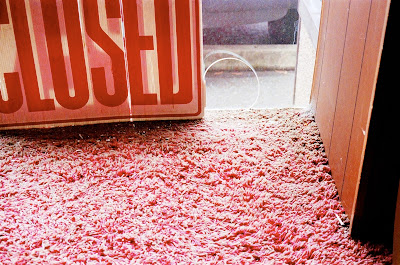 we make assumptions about people. i do not like this.

there's this co-worker who doesn't know me very well. we were once trapped in a car together for two hours, wherein he asked the typical questions and i gave my typical answers.

i am from tennessee.

i went to school in mississippi.

i do not have an accent and i'm not a christian fundamentalist.

i got a masters at the university of chicago studying biography.

this was apparently such a shocking bundle of paradoxes that the remaining hour and a half of our trip was punctuated with exclamations of "tennessee?!" and "university of chicago?!" and "social justice?!" there was no engaging him in further conversation. we simply sat there in silent contemplation of the alarming set of notions that comprise who i am.

all of this has continued to shock him to such an extent that in the months since that fateful car ride, he has repeatedly wandered towards my desk shaking his head in wonder and asking again, mississippi??!?! as though i have single-handedly called into question all his beliefs about the world.

if you did not know better, you might assume mississippi was my name.

i try to be flattered by this. to accept what is meant to be a compliment though i find it deeply insulting. because it is starting from the notion that i should be ignorant and ill-educated and cling ardently to narrow religious beliefs. and no matter who you are, where you come from, what your accent, what you believe or what you do, that's a lousy place to begin.
by oline

Email ThisBlogThis!Share to TwitterShare to FacebookShare to Pinterest
filed under: half-assed things that don't really fit anywhere but i am nonetheless done with

you oughta tell him!

Us yanks can be a bit dunderheaded. I mean I consider myself fairly open-minded and then lo! a trip to Indiana has me cracking wise about swamps or some such drivel.

i think it's more a matter of this being somehow akin to "smart girl." that's what bugs me about it, rather than the regional bias.

Don't be insulted. Everyone in Canada assumes Saskatchewanians and Newfoundlanders are dense. And you what? A lot of us are. I can't deny this. No one could be faulted for assuming I'm an insular redneck with a Nickelback obsession when these people comprise the vast majority of our population, it seems. There's truth to the stereotype. I'm quite OK with people assuming I'm eejit. I think my IQ is sinking on a daily basis just being here, anyway. The other day, in fact, I forgot how to ride a bicycle.

Tell your co-worker that most of the developed world views all of America, including Chicago, to be like how he views Mississippi. See how he likes being painted with that same brush.