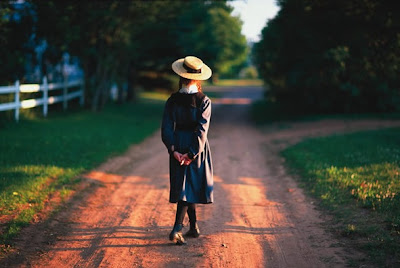 i took a mental health day yesterday. chicago and i've had a rough spell what with winter and the rain and a mental health day seemed a logical response to a three-day period in which i flew a plane, rode a motorcycle, frolicked among dandelions, went to detroit, killed a goose and spent 6 hours squinting into a sea of hawaiian print.

and so i stayed home. and the funny thing is, i didn't realize what i was doing until the day was nearly done. and then i thought about it and i realized what i'd done was unknowingly genius.

because i'm working toward something here and it's going to be awesome. but in the meantime, it's going to be really, really exhausting. i know that. i don't like it, but i know. and i'm ready now.

here's where the mental health day comes in.

because my mental health day went like this... i woke up at 8 and read until 10. i went for a walk. i wrote The Column. i made a wrap that was a staggeringly close approximation of the Wrap of My Life (more on that later). i finally, finally revised the blasted religious beast and submitted it to the naked lady bar. and i edited 20 pages from one to five. in short, i lived like a writer.

what i just described there, what i did not realize even as i was doing it, is that this is my absolute perfect work day. this is what i'm working toward. it's an ideal and it may not happen just like that, but it's nice to know it's there. it's good to have a reminder. it's good to have the memory of that moment of ah, yes.  it is going to be worth it.
by oline

If you posted this on FB Id give it a "thumbs up".

Jmills, I was totally thinking the same thing.

so what you're saying is that i need a like button?