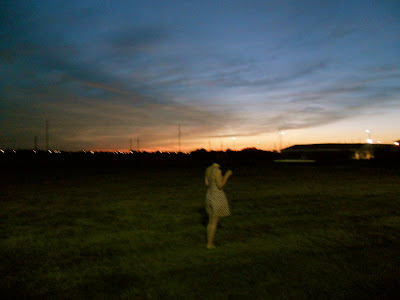 i come from an enthusiastic family. like, really enthusiastic. if you've ever spent three minutes with my father, that should come as no surprise.

so- as you've likely noticed here- i'm totally way into excitingments.
the downside of this is that when you get really, really excited about everything, it is inevitable that you will occasionally be let down. (though not as regularly as one might imagine.) but the upshot is that i can turn just about anything into a magical adventure. i can make just about nearly everything The Time Of Our Lives, whether we're driving for sixteen hours or going to chick-fil-a.
i'd been waiting for the festival of colors since last march. religious mythology? yay! the coming of spring? yay!! the triumph of good over evil? yay!!! disregarding social norms and indulging in general merrymaking? YES.
but my enthusiasms do sometimes get the better of me and last week, over breakfast at elly's, k.clen sounded the warning alarm. she said: i know you're not going to believe this, but holi may not actually change our lives.
but then it kind of did.
so i'm just going to state this for the record now: get ready. it is going to be the summer of our lives.
by oline

Email ThisBlogThis!Share to TwitterShare to FacebookShare to Pinterest
filed under: k.clen, the commitments

huh. I don't even remember saying that... I remember thinking it and having concern that you would be horribly let down, but I'm surprised at myself for having said it! haha

it's good you said it, k.clen. i was a bit too high on the wonders of floured paint and needed to be brought down to a more reasonable degree!

Wow, if Holi was just the beginning, we are going to have an amazing summer!! And I tend to underestimate how fun things will be, so maybe we can balance each other out!

So, are you going to convert to Hinduism now?