10 to cover a bit of administrative business: a month ago, my parents had this yard sale.

so, if you're croftie or one of my three high school friends who actually reads the young oline posts (grrrrrr, jmills. grrrrrr.), your monday young oline is about to get really, really extra-awesome. because my parents, they had this yard sale. which precipitated the need to explore the entire attic. which led to the discovery of myriad boxes. which revealed, in my father's words, that "for a person who grew up in the electronic age, [i] have an astonishing number of personal papers."

for a solid month now, i've been the recipient of two to three boxes per week that would be best characterized as Young Oline's Life in Looseleaf. these include young oline's autograph book (in which libby, partner and lindear all appear), young oline's high school notes (featuring partner's admonishment to abandon the rules and kj's analysis of the worst english class of our lives), young oline's drawings of the figure skaters at the 1992 olympic games, a statement of young oline's fundamental beliefs (not a single one of which i agree with now), young oline's explanation for why she absolutely would open a veterinary practice with her bff libby in the year 2000 and an outline of the characters in the Great Civil War Novel of 1993 (which, sadly, has yet to surface, though the entire family eaton is on the lookout because it is the holy grail of young oline studies). plus, there are poems. poems on how tomorrow cannot last forever. seriously. for reals. i swear. it's a trove.

so, get ready, dear world. we're going on an adventure in the way, way back.

let's begin with a quickie at the beginning. young oline's world circa 1993, in a project entitled "MY WORLD" for whatever class young oline was in for 3rd period.

fyi: young oline was living in atlanta, georgia. so there's absolutely no excuse for the fact that in a four page booklet, her world would be entirely comprised of the bosnian conflict... 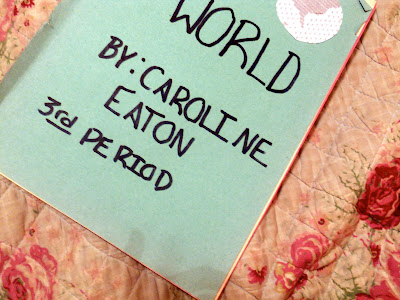 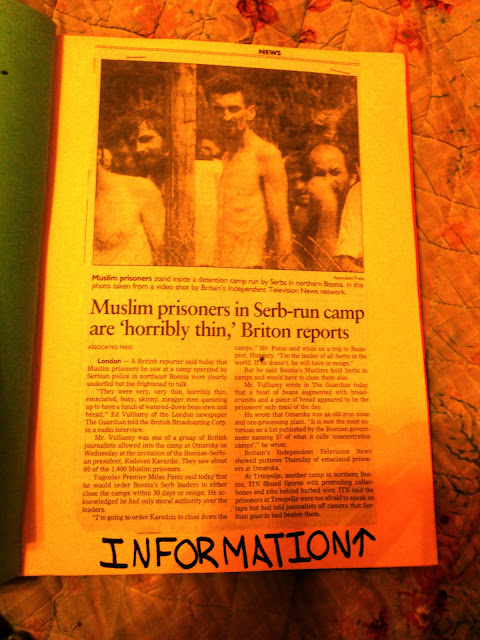 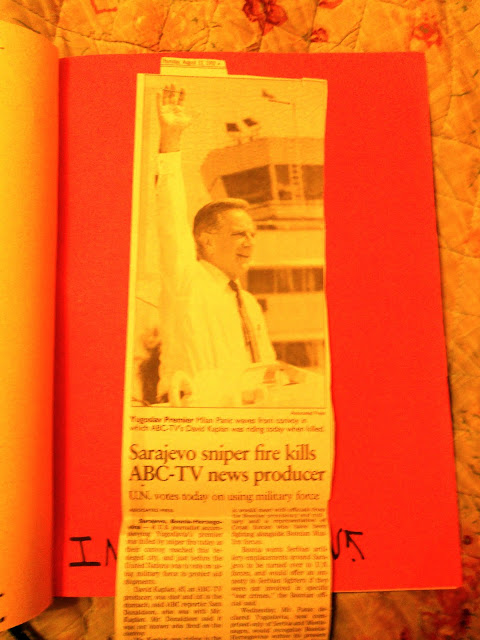 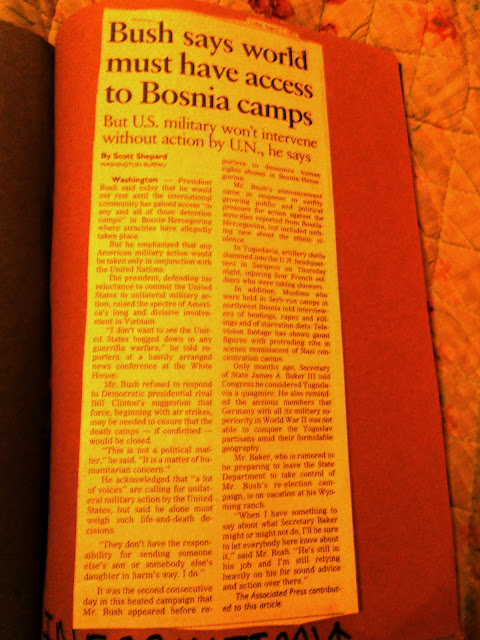 incidentally, that reminds me of some assignment we had in English (at least, I think it was an assignment) where we each had to write something suggestive.

ha. surely that was thigpen's class. i can't imagine having the balls to be that suggestive with anyone else.

I'm sure you already know this BUUUUUUT consider yourself lucky to have all this stuff. I wrote and drew constantly growing up next to nothing of it survives.

I have less documentation than Dick Whitman.

its on the mind right now. Croftopolus and I watched the last 2 episodes of S3 on FRI and all I can say is WOW. Those would be the emotional sledgehammer of the JFK ep and then the truly awesome 'Sterling Cooper Draper Price' finale with Joanie!

YES. this was what libby, tom, and i were talking about when they were in town last november and we all went to rock bottom. that finale was amazing.

heard good to great things about S4. L's deepest grievance is that aside from Joan, there is nobody on the show who is likable. I, too, can't think of a show were virtually the entire cast are terrible people. I can get over this but it has almost made us stop watching because L has such a hard time with it.

I read a few twitter posts from a critic i respect who said: "been watching Mad Men from the beginning and trying to come up with most likable character." "its a tie between Mrs Blankenship and the guy who sold Don his car."

which made me laugh.

damn, i want to ask you about the awesomeness of a mrs. blankenship thing, but i don't know if you're there yet. and, sadly, the quest for likable people only gets worse in season 4.