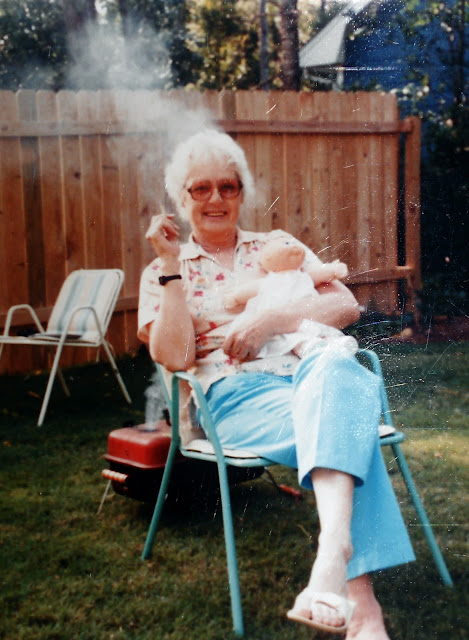 i've been thinking about my grandmother lately. a lot.

it's been over twelve years since she died. surely i should've gotten over it by now.

but when people leave, i- in the most self-centered possible response- interpret their absence as a direct consequence of something i have done. i take it personally. and though, intellectually, i know they're gone, there is a part of me that assumes they aren't- that they are still out there, carrying on exactly as they were, having fun without me.