0 inarticulate musings on the biographical importance of hands down pants

this impulse is wrong and i know that. i have, after all, repeatedly admitted that one of the things i love most about jackie is that she did allegedly say shitty things at random deathbeds. so i know that's got to be key. but what i do not know is where that difference lies. what constitutes biographical importance?

it's a question enormously complicated by the fact that the answer has always been different for men and women. it shouldn't be, but it is.

in biographies of women, details like the shitty things jackie said at random deathbeds are enormously important. because, with female subjects, we really, really need to know the shitty things they said and who slept with who and the exhorbitant amount of money they spent on clothes and the indulgences that led to weight-gain and their overall deterioration of health in middle age.

in jackie's biography, we need to know that rfk had his hands down her pants. (fyi- in rfk's, we don't, a fact that ENRAGES me still!!!)

those are the details that constitute a woman's biographical life. which is kind of the most depressing thing ever in the history of the world.

i have many complaints about the state of modern biography- chief among them that biographers do not know what to do with women. this has come up before.

to perpetuate a bit of sexism, i believe female biographers have fared better with female subjects than the men, but that isn't saying much. most everyone has performed badly here.

this is likely just a biographical manifestation of the way we, as a culture, look upon women in general, thus, it is nearly impossible to write about women outside of a context where their relationships with men are the most important accomplishments of their lives.

i've been trying to change this with jackie but i fail every time. because though i know it's an important step, biographically, this is the very scaffolding upon which the story has been built. and i don't even begin to know how to blow that up. 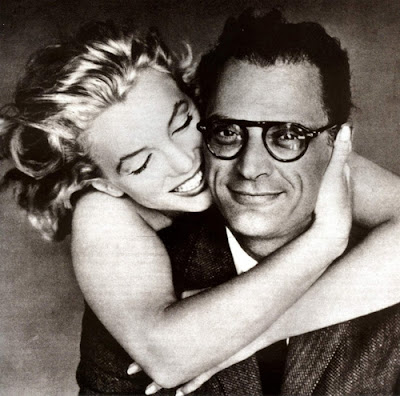 Email ThisBlogThis!Share to TwitterShare to FacebookShare to Pinterest
filed under: biogrophiled, half-assed things that don't really fit anywhere but i am nonetheless done with