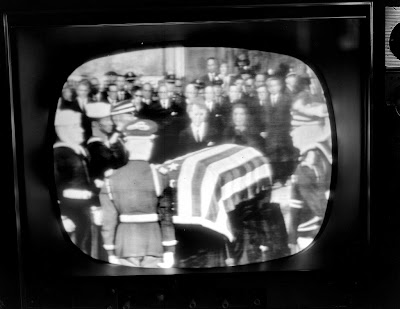 the general thrust of my life lately has been identifying the things i've meant to do for forever and then actually doing them.

none of them stuck.

despite my best efforts, i have only ever been interested in funeral reform. and funeral reform is so not sexy. even though it encompasses sexy areas like ecology, politics, poverty and corruption, in the end it's just plain ghoulish.

so yeah. that's me in a nutshell.

truly, it is a wonder i have any friends.
by oline

Email ThisBlogThis!Share to TwitterShare to FacebookShare to Pinterest
filed under: things that happen when you just say YES

I feel like your audience needs a few highlights of your thoughts on funeral reform.

for one audience member in particular (:coughcoughMEcoughcough:), what is it?

(bear in mind, i'm running on 3 hours of sleep, a year and half of exhaustion and 11 tons of caffeine. this may not be articulate and i will probably pull a total gary eaton and get all soapboxy. plus i use wicked quantities of parenthesis when tired.)

((and prepare yourself. i'm about to be painfully sexy...))

so basically it's a movement to inform the public about an industry that's unregulated and avaricious.

the problems lay in the huge lack of knowledge on the consumer's part, because (a) we don't even consider ourselves consumers when it comes to funerals, and (b) they're obviously tied up with a whole lot of emotional/religious crap. so whenever you're actually out there buying a funeral for someone, you don't know what you're buying and you're probably in a bit of a state while you're buying it. after a house and a car, a funeral is a consumer's biggest purchase and yet, who researches this? (beyond me because i'm creepy and it came up in the issue of jfk's funeral so i needed it for jackiebook)

so yes, we're lousy consumers. but the funeral industry is just plain damned insidious. there's a whole commercial enterprise built around it (florists, funeral directors, casket companies, automobile companies, cemeteries, clothes for the dead, etc) that preys upon people who are both bereaved and uninformed, and hits them up with a zillion hidden costs that are not explained and are often presented as being obligatory and required by law when they aren't.

let's take embalming. funerals and preparation used to be confined in the home and simply involved wrapping the body in a cloth and laying it on the table. thus, they were only of financial benefit to the linen industry. embalming, which is now standard industry practice, didn't begin until after the civil war, when relatives in the north wanted the bodies of their dead shipped home from southern battlefields. these were extenuating circumstances. but embalming caught on after this (the funeral train of abraham lincoln was an excellent advertisement, wherein his corpse went on tour of the country and everyone marveled at how good he looked) when an industry was built up around it with salesmen peddling embalming fluids and the founding of mortuary schools and liscencing boards and the emergence of funeral homes across the country.

now, the mortuary will automatically embalm a corpse unless you specifically request at the outset that they not. there was legislation passed in the 70s establishing that embalming was not legally necessary, but it's still the standard practice. it's not dangerous if a corpse isn't embalmed and embalming is an invasive, purely cosmetic procedure invented to preserve the appearance of the corpse. but who would think to ask about this? the use of open casket and the notion that the aggrieved need to have a "memory picture" of their loved one are basically the only reasons for embalming and yet nearly all americans are embalmed. annually, this puts 800,000 gallons of formaldhyde into the earth.

that's just one example. there's also the complete crock of pre-need funerals (where you pay for your funeral before you die and wind up spending astronomically more than you would've had you waited- my dear grandparents have cemetery plots that are probably equivalent to their exxon stock), the fact that the industry is entirely unregulated by the government and that it is now also largely ruled by multinational coporations who've bought up the family-owned funeral homes so that there's essentially three large companies in charge of deathcare in the whole wide world.

likely more than you wanted to know, but there you go.

be a good consumer!!!

geez. did i even answer your question? you'd think a girl who had a cupcake at 4 a.m. would be more capable of coherent thought.

Thank you. what about the coffins? those should be simple and, like, pine, right?

oh, and can you just imagine the fun if/when the government starts helping to regulate the funeral industry? Our poor conservative grandfathers (as well as the sleazy news people) would FREAK THE EFF OUT. "Stay away from our beloved departed, Gub'mint!"

I'll jump on this bandwagon with you! Can i hand out flyers?

yeah. simple and pine is slightly more earth friendly than boxes of steal. and- fun fact!- you can totally buy coffins on ebay.

and, dude, close your eyes and just imagine the conversations the family eaton has had on this subject in our years-long discourse re: Poor Orphan Oline & The Great Estate. the only thing about which my mother is more adamant than the feeding tube is the fact that absolutely none of us must be burned alive. and while i can totally get behind that, it kind of misses the point.

welcome to my bandwagon.

WOW! That was amazing.

Also, what are "boxes of steal"? Those sound very creepy. Like, the coffins steal your bones or something.