4 for the states of tennessee and illinois 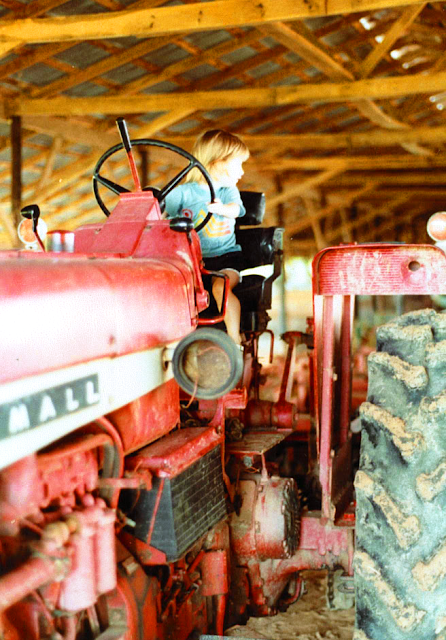 i am not a good driver. i blame this on the fact that as a child- though i was set atop large farm equipment for decorative purposes with a greater frequency than most- i never had one of those cliché plastic cars. y'know,  the red car with the yellow roof that you moved by running your feet like fred flintstone. every child in america had one of those but me.

since i was denied this practical vehicular experience at such an impressionable age, it's not surprising that, ten years later, i barely passed driver's ed. in fact, partner and i had to take it twice because our initial instructor had been so concerned with our ferrying him to his errands that he had forgotten to teach us to park.

it's been five years since i owned a car. the last time i drove was a twenty-minute crash course in stick-shift with the philosopher this past july and that was just boomeranging between two opposite parking spaces on the roof of a grocery store. it didn't exactly engender a mastery of the illinois rules of the road.

for all of these reasons, i have dreaded the illinois driver's test for the last five years.

but awhile ago i made this list. i have already given blood and today, because it is somehow easier to go to the dmv than to the library, i realized the dream of every american teen. i got my driver's license.
by oline

Email ThisBlogThis!Share to TwitterShare to FacebookShare to Pinterest
filed under: accomplishments in the city, the commitments, the philosopher

So proud of you!

and just for the record- my family did not have one of those either, but I did play with lots of other kids cool flintstone cars...

i'm curious to see now whether anyone i know had one of those cars or if that's just something i sense in the people i draw into my friendgroup- a mutual desolation that we were deprived of that.

I never had one of those car thingies either. Now I know why I failed my driver's test the first time and didn't actually get a license until college...

Also, love this picture of you :-)

I did have the red car with the yellow roof when I was little, but it was a hand-me-down, as were most of my toys, clothes, furniture etc. I don't think it helped my driving - I'm still a swearing stressball behind the wheel. Joe says we make a good team. He drives - I scream at cars.