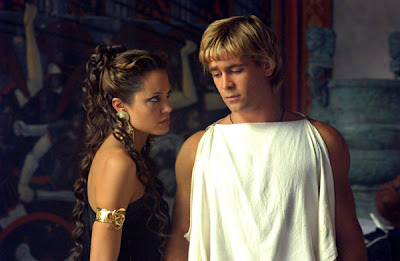 "i can't believe you're making us look at your thighs right now."
"that is also bad hypnotherapy."
"dana, i'm impressed that you went straight to anal."
"it would be great if anal showed up on 'wheel of fortune.'"
"maybe you're not pushing hard enough because i could stab that cherry for you."
"this is getting way too sexual."
"it's historically accurate, sort of- for being based on legend."
"you can't make a gritty robin hood. he runs with merry men and lives in a forest."
"i was like, 'you can't batman that!'"
"and thank you for verbing that."
"yes, it makes sense that alexander the great would grow up with an american dad and an american mom who speaks with a russian accent and that he would have an irish accent having grown up in greece."
"would that my words made white puffs anywhere."
"that has never been said before in the history of buying christmas trees."
"everyone notice with me... they wrote this down on paper."
"when you have an arch-rival, you only have one."
"but again, this is sub-hitler."
"i wish hitler was a novelist because then we could see and make a more direct comparison with thomas kinkade."
"that's the thing about the prose- it's just so deadening."
"i'm really sorry. i'm on my second shirley temple. things are going to get rough."
"but this book is worse than thomas kinkade."
"i wonder if there's sex... flip to the end."
"maybe there's mild groping? one can only hope."
"you know, the phoenix rises... except that most of the time the phoenix is on fucking fire."
"do you have pubic hair? well then, you should read those books."
"that should be, like, a sign. at borders."
"does anyone have a copy of harry potter on them?"
"who is that woman... BRUNO BETTELHEIM!"
"yeah, i'm pretty sure that's a man."
"you are like bruno bettelheim!"
"even the smartest ass will not get that."
"wait, wait. before the argument starts i want to insert a bit of trivia."
"the return of the king is like the book of mormon, except much more realistic and a better foundation for a religion."
"the writing grates. it's like watching an old man walk down a hallway in a cold mansion against a high wind."
"we are catholic. well, catholicish. my brother's gay so there's only so much."
"she's shinto... at best."
"you used to be a shrine maiden. i don't think it's appropriate."
"a shrine maiden? oh, it's a common part-time job in japan."
"i thought that protestantism let you be hypocritical in a way that catholicism did not."
"you really want to slit your wrists after reading that... but, like, in a good way."
"that's pretty much what my time at the university of chicago was like- an indescribable emotional reaction."
"i spent two years of my life in a japanese fishing village and those two years were much less weird than my one year in MAPH."
"i would've waited, knowing that my adopted children would have been kings and queens."
"that's neat."
"what?! oh, i thought you meant the idea of austin becoming gay so he could marry prince william and adopt children who could become kinds and queens was 'neat'. that seemed a reductive response."
"i went to a land grant university."
"i owe my education to blackbeard's booty."
"which takes us right back to dana starting from anal."
"i can't wait to be old and have no sex drive."
"that was illustrative."
"no wonder you're you."
"i don't think that was brought to us by procter & gamble."
"i was southern baptist when i was really, really young."
"it's hard not to be."
"he's very explicit. that's why i like Jesus."
"no, no. start with condemnation then take the plank out of your eye."
"i always leave the Buddhists out because they never do anything."
"but women scientists!?"
"that's what i'm worried about- the destruction of the united states and gender disparity in the sciences."
"death to america! equal rights for women!"
"the face that you're making is not capturing the womaninity of it."
"there's a thing where you grow up in a religion and you're totally into it and then you realize that you're a woman and it become a problem."
"it's like you're being eved."
"it's like, God, if i could just be a wiccan."
"i was there for you troubled young women... on the internets. well, future-me anyway."
"i know what you're talking about, in a catholic way."
"i'm like, 'your religion was the biggest failure in history. it was built on not hurting people and it has hurt people over and over again.'"
"so it's like we made our own hell that we can all go to."
"i mean, if you wanted to prevent women from having sex on the street, put them in jeans."
"we had anal and christianity and then we came back to anal."
"very few people start with anal, go on to something else and then come back to anal again."
"i learned a lot tonight. more than i should legally know."
by oline

Yeah. I need a haircut.

yes, jmills, that would be dana.

and sensei, i was referring to colin farrel's wig. i do not know how i could have forgotten about the horror of it.

Ah, gotcha. I think everything else in the movie was so extraordinarily awful, I completely ignored the wig. Much as a man will ignore a splinter in his foot when caught in the middle of a fire tornado.

i think- and i may be wrong (TWO shirley temples!)- that the whole internalization of bodily experience business was somewhere in the part about the perceived dirtiness of girls bodies (which sounds really bad when you talk about it outside the NLB). but i'm not sure what precisely you said that made you bruno bettelheim. all i remember was the stunning revelation that bruno bettelheim was a woman.

Wow. I wish I could have taken part in these conversations!

i do always think of you when we're in that bar. and the immortal moment when anto professed his love of the cutting edge.

That has to be the funniest thing I ever witnessed.

On a selfish note: I want everyone here to know that I'm going to the pub now. Happy Friday! I've got my best ski pants on, it's gonna be a SEXAY night indeed.

i'm glad your bringing sexy back in regina.