3 soundbites from the naked lady bar: the oxford comma, non-canonical star wars texts and shabanu: daughter of the wind 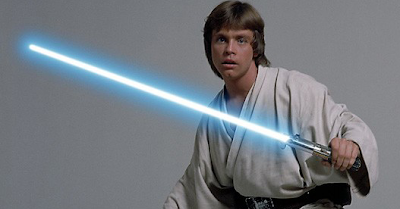 "i am highly claustrophobic. i can't even deal with elevators or back seats of cars."

"ok, so i have two competing theories. the first is that i actually do not have a soul..."

"so what are you reading?"
"the living thoughts of kierkegaard and sweet valley high #17."
"well, that was, shall we say, unexpected?"

"people born in the 90s are serving now as the teachers of young children."

"you guys did good this time around."
"as opposed to all the other times where we were barely mediocre?"

"i was what we would today call googling..."

"i would prefer to go by just austin gilkeson but i have been quotes as writing this really cheesy thing in the future as austin h. gilkeson."

"he's rejecting the stars in his own new age quote."

"i mean, you used real search engines? you weren't just webcrawling yourself?"

"of course i remember the quote. i wrote it in the future."

"but i mean, yeah, it ended up on a lot of wiccan websites."

"in the late 90s, i was huge in the wiccan community."

"are you lexus nexusing right now?"

"i can totally see in the norton anthology of the future where i'm quoted for the stupid star thing there'll be a 'did you know' box about how fat caroline eaton was not really fat."

"i love that you visualize norton anthologies of the future."

"i'm really trying to avoid being fellatic."
"but no, no, it doesn't stir. at least not from the female point of view."

"i am pretty much mostly appalled."

"ok, so penises don't stir when in mouths."
"well, yeah but there are no penises in her mouth at this point."

"it is darker in here than it has ever been."

"people are like 'is japan really conservative?' and i'm like, 'well, yeah, but everybody is naked a lot."
"because they're actually, like, thinking human beings... the 15 year olds."

"my boots are really heavy."

"she was a bedouin slash muslim."

"why, ooooh, i'm worried now where this story is going... shabanu: daughter of the wind!"

"i'm pretty sure that's all bullshit."
"no, no, it's in shabanu: daughter of the wind."

"you can't put your ear to the sand and hear people two days away."

"i trust the bedouins on this."

"think of the sahara desert. think of who's there. fucking no one at all except the bedouins."

"bedouins can walk through fire, did you know?"

"i read this in a national geographic article after i read shabanu: daughter of the wind because i had read shabanu and i was all like, 'are you serious, shabanu?'"

"me, the person who wrote that shit in the future."

"don't fuck with the prairie, man."

"fath and justin were talking about the south and spana was like, 'yes, that reminds me of a time in the desert...'"

"the point about the prairie was that spanish soldiers died on it."

"i think scientists who are not getting laid, who no one is going down on, are just trying to ruin the only pure thing the rest of us have."

"like, after you started grinding, how did judy fawn change your life?"

"it smells like urine... or friend chicken."
"the initial waft was urinary."

"yeah, write that down. that was custom-made for you."

"it almost made me cry but you know what would make me actually cry?"

"which is a life without me."
"which is the whole thing."
"your possible non-existence."

"it's like a good geez, oh golly wow."
"that was the best midwestern literary criticism i've ever heard."

"yeah, your entire life was that goddamn sentence."

"you've got so many commas and yet you don't even have the oxford comma."

"i was just going to make a crosby, stills and nash joke..."
"and the oxford comma would have been relevant there."

"it will explode jezebel, i swear to God."

"would you like to be sylvia plath in my oven thing?"

"me and my sex toboggan and five people. that would be great."

"i commented upon it not at all."

"this is the shire."

"it's sort of like if they had written Jesus into the bible based on the last temptation of Christ rather than the gospel."

"the point is, if you are luke skywalker..."

"wait. you were making fun of me earlier and you've read non-canonical star wars books on wookie family life?"

"they were all in combat positions in ewok land."

"it appeared as though you were listening to the sand. dana's on the floor two days away!"

"i mean, you're upending 50 years of feminism on one end and then expressing the opposite of all socially acceptable beliefs regarding the management of debt on the other."

"all penises are-- i'm serious right now-- vaginas, until they become penises in the womb."

"yeah, that's what they say but really i mean the vagina turns inside out."

"because women who have a lot of testosterone, their clits become penises."

"i don't even have anything valuable, but i will bet you my non-valuables on this."

"but what are the testicles?"

"this is why we need google at our disposal."

"and i think despite dana's gross misreading of biology-- you're right. it does always begin with a man."

"was that a bedouin thing?"

"this is true. this is totally lookupable in the bible."

"what? what chimpanzees do you know?"

"but they want to fuck. they don't want to have babies."

and, yes, these are chronological. hence the devolvement.

I have no more words. But thank you for recording this for posterity. And thank you for listing my full name (and pesky middle initial foisted upon me by my quotable future self 12 years ago!) thus ensuring that all people who webcrawl me in the future will find this, and the things I said. This and all those wiccan geocities pages.

i've been googling the hell out of your star thing but apparently my webcrawling skills are subpar, which makes sense given i've only just learned. the one thing i have confirmed is that you, me, croftie and dougo are all interweb-married now since any googling of any of us brings up the whole gang.