five years ago this past december 7th, i decided to move back to the city when, during a rogue wave concert, the boy i was living with said we maybe should stop seeing each other, though it would be great if we could still be roommates and, of course, we would always be best friends.

i don't put much stock in visions, but what i remember about that entire night, as we stood there listening to damn rogue wave because we were both frugal and it never occurred to either of us to leave though our apartment was literally a 3-minute walk away, is trying to focus on what he was saying. trying to squint and see anything beyond the big, huge blinking imaginary marquee of bright pink lights that seemed to obscure his face. CHICAGO! it said.

later, when he asked me what was going to happen, i sat there in the near-dark of the early morning and said, i'll go to chicago. as though it were a given. an absolute.

this is only time in my life that i have known, with total certainty, what i was supposed to do. and that's saying a lot for a girl who was wearing an ironic ratty t-shirt that declared her "air hockey champion of the world."

that was over five years ago. i have been here, living in chicago, five years today. a fact at once utterly astonishing and yet, really, not at all, though it's probably a solid three and a half years longer than i ever imagined i would stay.

i wish i could tell the girl that i was then all that i know now. that girl who was so fucking brave yet cursed herself for a poor choice of fashion on a night she could not've known she was about to be dumped. that girl who, though she did not know what she was doing, did what she must do.

sadly, life doesn't work that way. at best, i can look deep into her eyes in an old myspace profile pic and think, wow. maybe i really did kind of look like ashlee simpson. 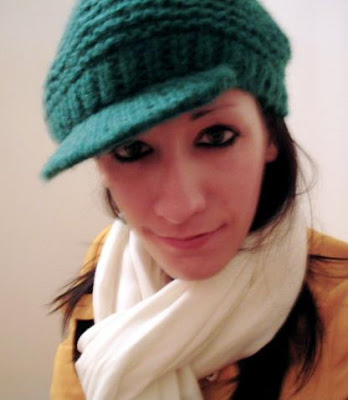 i still remember moving you in like it was yesterday. like we still lived in Chicago. Oh, the Times!

yeah, that move was alarmingly epic and hard to forget. i just remember you and me and my parents sitting in frances' after almost too tired to eat.