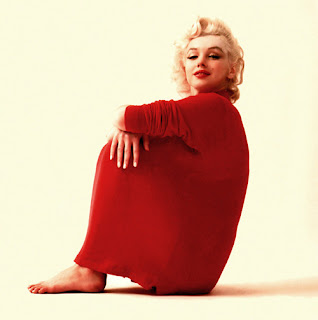 there were forty pound boxes in my closet. they are no longer there.

i awoke on saturday morning convinced that saturday was the day for the boxes to come down and, thus convinced, confronted the holy terror that is my closet.

this was a task not devoid of stupidity.

i'd been awake less than ten minutes.

i hadn't had coffee.

i was climbing a ladder in bare feet to haul down containers that collectively weighed more than me and i was doing so clad in nothing more than a purple satin slip.

despite my proclivity for sacrificing sense to elegance, the end result was as it should be. the boxes are down. they are unpacked and have been discarded.

in their place sits a tiny kingdom of magazines. a kingdom i know all too well and am more than a little afraid to revisit. because it looks entirely too familiar. it's like 2004 all over again.
by oline

you know i like to live on the edge.