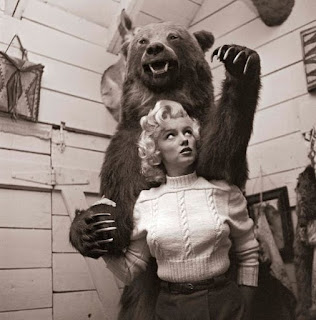 there is a convention of biographers convening in the middle of may.

thanks to some tantalizing press materials, it has long been known that the pre-conference reception will be held at the "washington d.c. home of a prominent biographer."

the biographical community is fairly small and it's safe to say that the number of biographers who own multiple homes is infinitesimal. so i was pretty sure i knew whose home this would be and i knew if i was right, then the answer was pretty, to quote lourdes leon, vair vair awesome.

there's this biographer. she wrote a book about jackie. it has no bibliography and it contends jackie had electro-shock.

my family has not read my jackie book but they have read this one. my grandmother bought it at a library sale and, before i could take it out of circulation, passed it around to everyone she knew.

thanks to this book, the subject of my biographical quest has been, from the get-go, referred to by my grandmother as "that appalling jackie woman."

this book is memorable and catchy and all-powerful. it laid the foundational myths that every subsequent jackie biographer has had to go to great lengths to debunk. for this, i should hate this biographer, but i don't.

for thirty years, she was the only woman writing about jackie. i've barely got the balls to say i'm a biographer, but this woman has taken on both oprah and the royal family, bibliographies be damned. there is something to be said for such courage and for that she gets my respect.

when news came yesterday that the pre-conference reception was indeed being held at this biographer's home, it was a revelation that pleased me much. that is until my father weighed in with a warning: if caroline finds out you're consorting with such bad characters, she'll never give up the family treasures.

i have not known what to make of this project from the beginning. it has been simultaneously underwhelming and too big to be believed.

all along, i have been waiting for a moment when what i am doing will suddenly hit me. a moment like this, like when my father reminds me that my actions could have long-lasting effects upon my relationship with caroline kennedy, and i think, holy shit, this is for real.
by oline

Email ThisBlogThis!Share to TwitterShare to FacebookShare to Pinterest
filed under: balls, biogrophiled