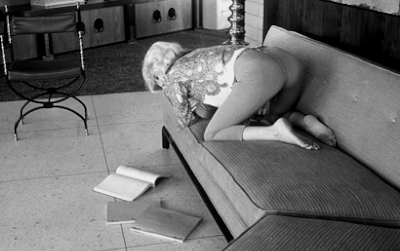 the pile of important papers that i keep less than six inches away from the liter box is the organizational equivalent of my physical response to being a biographer.

fur pointed this out. look at you, trying to play it cool, she said.

the problem is that while i know that what i'm trying to do is cool, and while most everyone i know who knows what i'm doing knows it's cool, i don't want everyone else knowing i know, because then they'll know and i'd rather they not know in case it doesn't pan out. if only i know i know how cool it is, only i will know how badly it blew up. you know?

you may have noticed how cool i was up there. in my use of the intransitive verb. my stubborn refusal to admit that i'm actually already doing this thing i say i'm trying to do.

it's hard. being this cool.

way back in the early spring, when i was working for the world famous biographess and the philosopher and i were strolling down dearborn, i told him about her excitement. about how she was soooooooo enthusiastic about this project. about how she said i haaaaaaaaaaaaad to do it nooooooooooow. when the philosopher eagerly assented, i recoiled as though he'd turned the cupcakes in my hand to snakes. much to my horror (and slight amusement), months later this is still my first response.
for the last eight years i've wrestled with the notion of how one becomes a biographer. now i've reconciled myself to the idea that maybe that's what i should be- really, what i've been all along- i'm having the damnedest time owning it. and i'm discovering that my unwillingness to take myself seriously has an ocular manifestation involving, quite possibly, the most devastating eye-roll of all time.

an eye-roll so spectacular that it undercuts 15 years of study, a thesis, a $64,000 education, an archive of 379 magazines plus a 242 page book to make me look like an ungracious teen.

and, as though letters from the daughters of iconic american women came rolling into my house every day, i toss everything onto the pile on the floor, approximately six inches from the liter box. the pile that vieve has taken to sitting on as though it weren't a book in the making but, rather, a throne.
by oline

Well, you are cool, talented, and simply yourself. I believe in you! (And please feel free to fund Rachel's college when you become rich and famous.)

oh thank you, partner, for believing that i will one day earn more than $10 an hour! and yes, if ever there is wealth i will give you all a million copies of my book to hawk on the street.

Sounds like you're right on track. Have yet to experience/witness a creative process sans the eye rolling. Moving forward - best cure.

so i really am cool. that's reassuring.