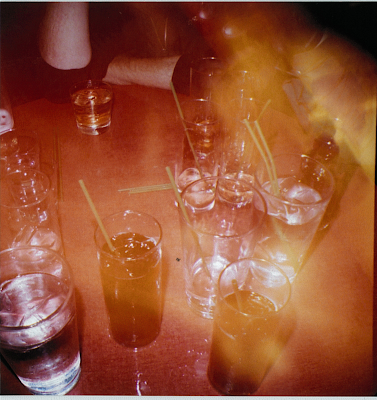 "i'd like to go to LA just to see botoxed people and sun."

"cheers! let's get drunk in the city."

"is that a phone or an easel?"

"if someone's saying your calves are voluptuous, that's an insult to your breasts."

"look at the way they're standing there talking to each other. it's like the meeting of adam and eve."

"that guy has nice junk."

"i'm bored in regina but at least i'm straight."

"yes, we're american. we know where sarasota is."

"unless her name is dante, i don't know who the fuck that is."

"it's like we went to this place, got a lot of inside jokes and now we just look stupid."

"so chicago has an aquarium?"

"i didn't realize you great lake was so big."

"i never thought i'd be having a debate about asian carp. this is awesome."

"joe's not happy unless it's exploding."

"it's such a good camera. it's totally worth being blind."

"you don't even have to read the book. you just get to taste."

"i don't know why they had swedish food but didn't play abba."

"i love drinking from straws."

"i told you the dog thing was a miss, but the fish were awesome."

"i went to dollywood as a child and i saw the light."

"i fucking love dolly parton but i love women too."

"i've met your gay men and i wouldn't have fucked any of them."

"i hate this song because i can never tell what song it is."

"did i really just spill money from my dress?"

"it's weird. it's kind of like their names are fucking."

"are you winding the film on your camera? are you really that hip?"

"but you're really cool for a republican."

"it's what all the patrick swayzes do."
by oline

Email ThisBlogThis!Share to TwitterShare to FacebookShare to Pinterest
filed under: adventure in the city, soundbites

ah, birnsy. i miss you already.