BE THANKFUL.
you are not a 13-year-old girl. 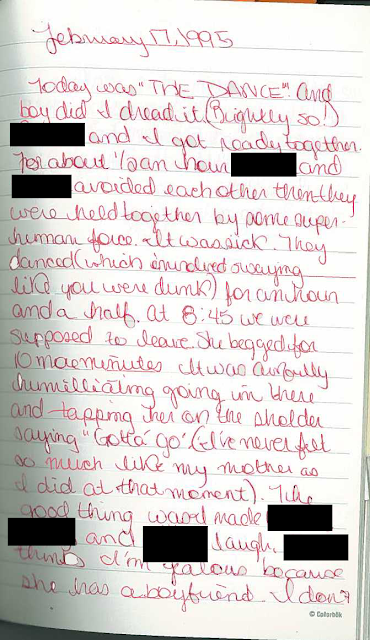 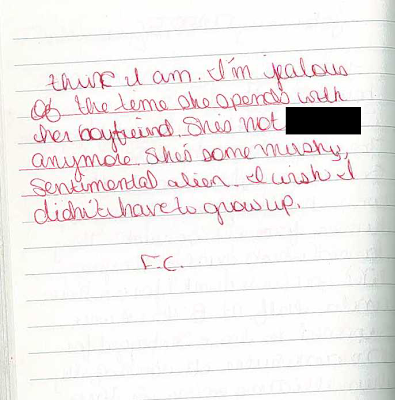 [trans.: Today was "THE DANCE"! And boy did I dread it. (Rightly so!) XXXXXX and I got ready together. For about 1/2 an hour XXXXXX and XXXXXX avoided each other then they were held together by some super-human force (which involved swaying like you were drunk) for an hour and a half. At 8:45 we were supposed to leave. She begged for 10 more minutes. It was awfully humilliating going in there and tapping her on the sholder saying "Gotta' go". (I've never felt so much like my mother as I did at that moment). The good thing was I made XXXXXX, XXXXXX, and XXXXXX laugh. XXXXXX thinks I'm jealous because she has a boyfriend. I don't think I am. I'm jealous of the time she spends with her boyfriend. She's not XXXXXX anymore. She's some mushy, sentimental alien. I wish I didn't have to grow up.]
by oline