3 alone in the city 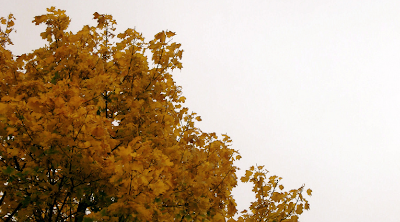 due to recent developments involving very old people, most of my days at work are now spent alone. i make myself go out at lunch. because the days are shorter and though picnicking with a book in front of the window by my desk creates the illusion of time spent in the sun, it really isn't the same.

i am sitting on a bench alone by the bean texting myself these words because i have paper but no pen. there is an urgency to writing these days. like the very great need to pee.

i do not expect it will last.

this city is like a ghost town. there's been an exodus of six friends in four months. i'm an optimistic girl but, looking at that figure, even i can't help but think, ouch.

at halloween, E invites me into the wicker basket that comprises the coffin that surrounds her head. she says, come into my casket. i doff my hat and do. E moved last july. she says she is glad to be back, even if only for a weekend, because living in texas, she had forgotten how loved she is.

i miss croftie most at lunch because, in her absence, i do not know what to do with myself beyond walking aimlessly in the hope of taking pictures of something i have not yet found.

they're putting up the tree in daley plaza. christkindlmarket is coming. last friday, for the first time, it smelled like snow.

today, it is 65°. (monday, so it could very well be 22° by the time you're reading this.) i'm walking through millenium park, bare-legged for the first time in weeks, when i notice three trees that still have their leaves.

i'm wearing a green coat, carrying a yellow bag and standing at the corner of michigan and monroe when the cyclist next to me at the red light nods and says, nice outfit.

a couple in the block ahead of us, shadowed by skyscrapers and wrapped from head to toe in french flags, are protesting something in front of 7/11.

the light turns green and the pack of us waiting there at that edge of the park move forward. as one, we step back into the city.

there is a crackle in the air now that anyone who has ever lived in chicago will know. it is the tipping point between fall and winter.

Email ThisBlogThis!Share to TwitterShare to FacebookShare to Pinterest
filed under: alone in the city, the natural condition

Sigh. I miss you most at lunch, too. I love the cows, but we just don't have much in common. I miss our walks through Macy's and our random wanderings and our Deep Conversations and our jaunts to Walgreens for mints and cookies and shrink-wrapped fruit. I miss you, my bosom friend!

gosh, if people knew the role shrink-wrapped fruit played in my life, they simply would not believe.

ps. they are now selling sushi at walgreen's. how's that for bad ideas?