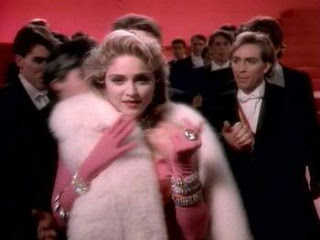 my first cab ride was july 21,1998. i know this not because of my creepy retention of dates but because it was big enough news at the time to warrant being recorded in my journal as "I TOOK A TAXI!!! 1ST TIME!!! EVER!!!"

and that's a pretty unforgettable number of exclamation points.

i took a taxi for the first time ever because jane, enid, and i were at the pyramid mall in ithaca, new york- subsequently rechristened as The Shoppes At Ithaca Mall- where we were exercising our newfound pseudocollegiate freedom by purchasing pretzels, costume jewelry and my first ever strapless bra in anticipation of our performance of madonna's "material girl" at the lip sync we were hosting that night in class of '17 hall. we called a cab to cart all this junk back to campus.

at the time, it was the most glamorous thing in the world. today, it still kind of is. because i only really take cabs after debaucherous evenings or expensive cocktails, every time i'm in one, there's this fleeting sensation of being that girl i once was. that girl who took a taxi home from the mall and thought it was the height of glamor. sadly, the height of glamor makes for a bitch of a fall.

yesterday, i flew to houston. for lunch. i spent $357 on taxis. this sounds glamorous. it wasn't. two of the drivers were barefoot.
by oline

Email ThisBlogThis!Share to TwitterShare to FacebookShare to Pinterest
filed under: flying the friendly skies, retro