kbg used to tell me she found God in nature rather than church. whenever she said this, i used to give her major haughtyface and say, no, no. because how could anyone find anything- much less God- without a building, a choir and a chair? i was pretty sure such discovery could only be contained within four walls and i said that as though it was a belief that made me somehow better.

this was back when i was young and stupid. when i thought i had all the answers. it was, in fact, when i knew nothing at all.

i now know what kbg was saying. because there are october mornings when it's 85 degrees by 9:59 a.m. and when, walking down streets you've never walked down before you don't need chairs or a church or a choir. just boxer, falling leaves, and a bit of sunshine peeking through. 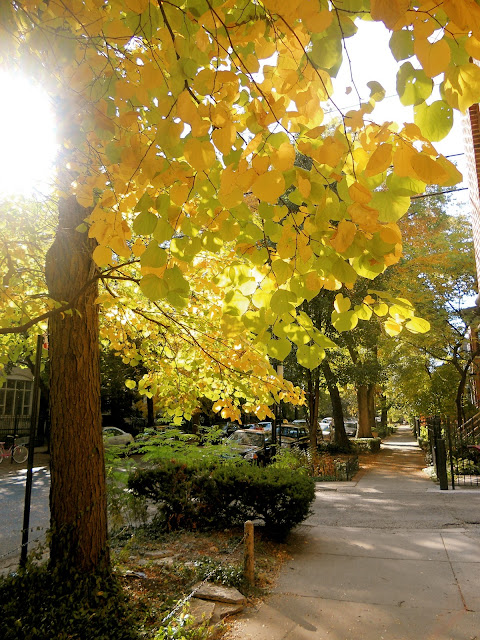