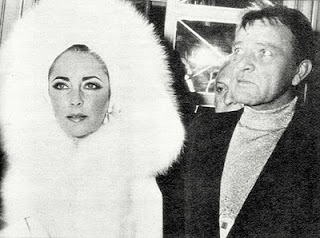 encyclopedic knowledge of fast-fashion prices has its downsides. it makes things very tricky indeed when shopping internationally. in copenhagen, there was this fur hat. it cost 480 kroner. i didn't buy it. because 480 kroner was something like $50 and knew this hat would retail for $10 at h+m. thus, placing my faith in globalism, i had no doubt i could find this fur hat again.

this fully attests to the intensity of my faith in fashions. a faith that has no foundation.

in paris there were these leggings. i don't exactly remember them but i know there was ruching at the ankle. and maybe they were lilac. or hot pink. or some equally hard-to-find color born of the sunset. and they were crafted from the wool of virigin lambs and there was possibly detailing with gold thread kissed by angels. these leggings, they were WONDROUS.

due to my implacable belief in my own ability to find anything on the internet and because i made the assumption that in today's global markets anything you ever see once anywhere in the world can later be found again, i did not buy these leggings. i gawped at the 45€ price tag, laboriously photographed the label, and returned them to the shelf, content in the knowledge that i would one day soon see them again, presumably at a price far south of $72. i never did.

i did this then because i had learned nothing from the jackie kennedy cookie jar.

the jackie kennedy cookie jar is the greatest thing to have ever existed in the entire history of the world. a one gallon cookie jar featuring a beautific jackie kennedy in the iconic pink chanel suit. a piece of ceramic created after the death of jfk to remind us of the idyllic times before the death of jfk- when life was good, carbohydrates had not yet been invented and cookies were so abundent that whimsical jars were needed to contain them.

eight years later- despite repeated internet searching and treks to the cookie jar specialty store on lincoln- the jackie kennedy cookie jar is not yet mine. i have never even seen it again.

yet, i have hope. because today, i found that fur hat from copenhagen at h+m for $9.95. and, as i queued up to pay for it, i couldn't help but smile and find a correlation. because this is the unfailingly optimistic way my mind works, i couldn't stop myself from thinking, oh yes, the jackie kennedy cookie jar can't be far behind...

ps. so, oline, what does the jackie kennedy cookie jar look like? you may ask. there is a picture pasted into the front of one my journals that is either missing in my home or still in memphis. one day, i assure you, you will see.
by oline

While searching for this elusive Jackie Kennedy cookie jar on the internet, I stumbled upon this:

I'm going to do a biography on Joyce Kennedy.

You heard it here first.

oh birnsy, do it. don't tease us like that. i'm pretty sure this is what the world needs now.

and yes, with the writing of this, you have all now been deputized. if you see a jackie kennedy cookie jar, BUT IT.

and way to have the internets do your homework!

Is this cookie jar the one made by JD James, as referenced in about.com?

i have no proof of that but i think it must be.
BUY IT. (it is too early for commentary.)
and i love how you all rushed out to google it.

a little slow to comment but i did find this: http://www.worthpoint.com/worthopedia/rare-jackie-kennedy-cookie-jar-1st-edition-27-of

oh my God, you found it. which begs the question, why did it take me 4 years to write about this?