2 at my window sad and lonely 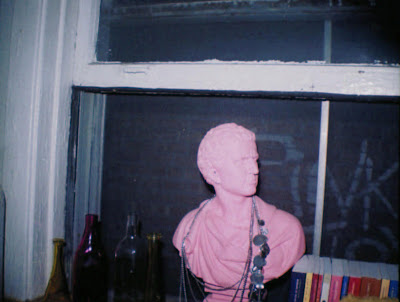 i vividly remember opening this window. actually, this window often remains open to some degree year-round so what i really remember is the moment in june when i realized i could open it further. like, All The Way. and how that seemed like such a great idea. because it was a million degrees and if a half-open window has such a tremendous effect on apartment air circulation, it stands to reason that a window opened All The Way would have far more impact.

what i failed to take into account was that, thanks to seasonal changes and directional pressure and the swelling of woods and frames and glass and whatnot, this window would be opened All The Way forever. and that that would, at some point, kind of really suck.

so this window is opened. All The Way. forever. despite my numerous, increasingly desperate messages for the maintenance man, the situation remains unchanged. the window is as open as it ever was. as open as it could ever hope to be.

since icm properties is apparently content to let its tenants freeze to death before opened windows, a situation has emerged in which the best means of heating my house is baking. this must mean things aren't so dire because anything that can result in four loaves of bread and two dozen muffins can't be the end of the world. and at least if i die, it shall not be from dietary lack of pumpkin.

the open window policy has also aroused a streak of cuddliness in the vieve, who has never been particularly pda where food isn't involved. she now hops into my lap at the slightest invitation and, even when i am in motion, walks on my feet so as to leech any available warmth. though it has resulted in a number of stumbles and bruises, after four years together, this newfound closeness is gratifying. i have clearly raised my cat well because despite the icebox in which we are living, she does not appear to hate my guts.

i am painting a picture for you here. a picture of alone in the city and her beloved feline freezing to death before an open window alongside more baked goods than Jesus brought to the mount.

but i have left out an important detail thus far and that important detail would be this: the long, flannel, high-necked, floral-print scandanavian nightgown my mother bought me in 2003 because she had one in 1981 and wouldn't it be so cool, us owning the same nightgown in different millennia??!!

much as i vividly remember opening the window All The Way, i remember getting this nightgown for christmas. upon opening it, i briefly thought it was, in fact, my mother's 1981 nightgown regifted to me. it wasn't. it was brand spanking new, but that didn't make it much better. it didn't make me wearing it any less oline ingalls wilder.

this long, flannel, high-necked, floral-print scandanavian nightgown is where our story takes A Turn. because, overall, i wasn't too concerned about the whole open window thing. what goes up must come down, i figured, and the baked goods were yummy and the vieve as cuddleslut was kind of cute. so i really wasn't worried.

i wasn't worried until i woke up one morning wearing the long, flannel, high-necked, floral-print scandanavian nightgown my mother bought me in 2003 because she had one in 1981 and wouldn't it be so cool, us owning the same nightgown in different millennia??!!

i didn't panic until the next night, when my mother asked what i was up to that evening, and i responded: "oh, you know, just wearing that long, flannel, high-necked, floral-print scandanavian nightgown you gave me back in 2003."
by oline

oline ingalls wilder = priceless. I am sorry for your All The Way window. We rural jurors have a great many freshly painted doors that don't close (or lock, gasp) and it takes some getting used to. I will put a voodoo hillperson pagan curse on icm for you, if you wish.

while i know that you aren't just standing there in overalls before an unlocked open door brandishing a gun, that's kind of how i envision you these days...