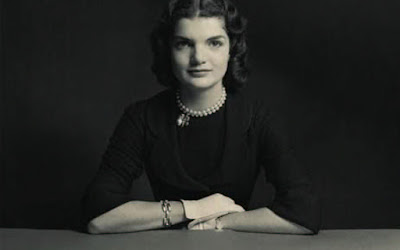 i returned from denmark with a million dirty clothes, a heap of right-wing british political magazines, the world's largest lollipop, and a slew of jackie-related voice messages.

three of them do not count as they were from my father, who deployed the family caroline kennedy voice in a series of comical weeeeeeeeeeelcooooooooomes and plaudits for my dediiiiiiiiicaaaaaaaaaaaaatioooooon and sprawling pleas that i meet him in the liiiiiiiiiiiiiiiiiiiiibraaaaaaaaaaaaary.

the remaining messages, however, were from actual jackie-related people. impeccably mannered with such sprawling WASPy vowels that every time this happens, every time i hear them, i almost want to cry. because people talk like that no longer. those voices, these accents, they are a dying breed.

the manners are of a different age as well. even when they are unwilling to speak to me, still they call, their messages acknowledging receipt of my letters and asking that i, kindly, leave them alone. a display of such politesse that it has on more than one occasion prompted my grandmother, a life-long republican, to commend the grand etiquette of "those dread kennedy people."

what we learn from these messages is that most people are, apparently, willing to speak to me. people who actually knew jackie. people for whom she was not a tabloid construct or a character played by roma touched by an angel downey in a made-for-tv movie in 1992.

i assume they think i'm about 54. i imagine my youth will surprise them and that i will need to go easy on the eyeliner when we meet.

because, by this point, i'm pretty sure we are destined to meet. so, you can see, it's absolutely ideal that at this same point- thanks to an infelicitous rereading of janet malcolm's the silent woman- the prospect of talking to these people would suddenly be totally revolting to me.

i should be more clear. it's not so much the prospect of talking to them, as i've done that several times without a hitch so far. it's more the prospect of groveling at their feet, begging for scraps of information. above all, it is the prospect of hurting their feelings.
admittedly, in the face of janet malcolm's distaste for any biographical endeavor that prizes an investigation of the dead over the emotions of the living, it would be challenging for anyone with an inquiring mind and a soul and a desire to wrench the family treasures from jackie's loved one's hands not to feel a world-weary sense of moral decay. but still.

it's a terrible time to develop a biographical conscience.

the world famous biographess has her booths, but they are all safely dead and senseless. presumably, their friends are too. there is no need for approval. no relatives to rise up with pitchforks, incensed. no lingering sensation of impending familial fury, as though each and every sentence put on the page were a step forward into literary leprosy, a future forever constricted by kennedy condemnation.

there is no one with whom i can discuss this. the delicacy of not pissing off jackie's college roommate. the least offensive means of approaching caroline kennedy and abasing myself for the family treasures. i know no one who knows how to do this, and so i bumble along. and so i will keep bumbling along until it's done and done well.
because it is jackie. because there has always been jackie. and because, i know, for whatever reason- the feelings of everyone else be damned- i must not disappoint this dead woman i never knew.
by oline