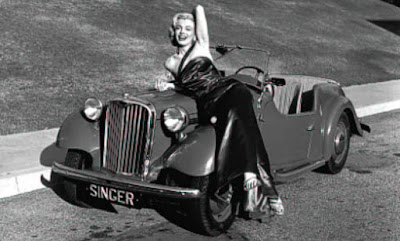 the other night, i learned to drive stick shift. mind you, i'm using the words "learned" and "drive" very loosely, especially given that my learning to drive predominantly consisted of moving between two opposite parking spaces at a speed barely quantifiable as first gear.

however, for someone who has not driven a single motorized vehicle in the last eight months and has been behind the wheel a grand total of 20 minutes in 2010, i acquitted myself quite well.

and, thanks to the philosopher's ingenious idea that we do driver's training on the dominick's roof, i now know that great views of my city at sunset aren't limited to the signature lounge. there's just as much beauty in ukrainian village above a grocery store.

Email ThisBlogThis!Share to TwitterShare to FacebookShare to Pinterest
filed under: adventure in the city, chicago rocks, the philosopher

hi, pirate. like a voice from the Great Beyond.