5 oh, mother dear, we're not the fortunate ones

it's jackie dead day so, as always, i ask that you humor my pretentions.
(and presumably you all know the original story:
7th grade oline.
white shortie shorts.
anderson cooper.
a million magazines.
blah, blah, blah.)
[if you don't, go HERE and you will.] 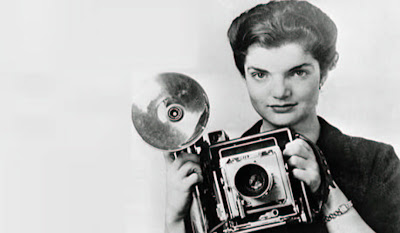 As an old white man who has already spent far too much time in academe i can say with some certainty that (dips finger in library, tastes words) the bio-world needs more Oline.

Besides, you're the girl who has killed couches. With a hand-saw. I see no reason why the piano up the nose is unachievable.

Now if I could only stop sitting on my own hands and write my own damn book. My own personal harpsichord in the ear.

"you're the girl who has killed couches. With a hand-saw. I see no reason why the piano up the nose is unachievable."

i think that line is going to feature prominently in whatever biography is written about me (presumably by my optometrist) in future years.

Croftie's absolutely getting published this year. God willing she'll move slow enough that we can all grab onto her coat tails.

There's something to be said for fear of finishing. When a book or project comes to dominate your mind and life for a long, long time, it's scary to approach the end. What do you do, what do you think about, when it's finally done?

Part of me doesn't want to finish my book. I realized this recently as I was working on it. I'll miss the characters, I'll miss that distinct voice in my head. And when it's done, I'll actually have to try to get it published and that's terrifying.

for me, obviously, starts are scarier than the finish. if only because you don't know where you're going. and because when you're done, you get to tinker and tinkering is the very bestest part. when you've got words on a page then the fun begins. it's getting them on there that's difficult.

and yes, we need to get croftie some big-ass coat tails.