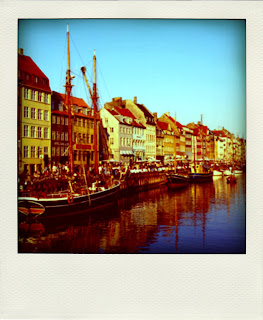 the best ideas begin with the phrase "so i was looking at flights." at least that is usually the case with my mother.

in contrast to the hours i've dedicated to the exploration of airlift for fantastical adventures that amount to nothing, when my mum says she's been looking at flights, travels really do come true.

this is, after all, how the fall 2009 parisian extravaganza that would end with the funeral of claude pascal first began- with a flurry of emails subjected "PAR" and the revelation that my mum had been clandestinely stalking french airfares at four a.m.

based upon her recent observations regarding scandinavian ticket selection and the subsequent proliferation of emails subjected "CPH," i would hazard a guess my mother is about to (probably not but, God-willing, maybe) make my danish dreams come true.

it took five years of themed gift-giving, begging and bargain-hunting to sell my mum on paris. it has taken precisely one trip to paris, "the family forward," and just under five months to convince my mum we will die if we do not go to copenhagen ASAP.

this raises the interesting question of what it is going to take to convince her next time. to make her see that we will meet with equally dire ends if we don't also go to dubrovnik... and st. petersburg... and istanbul... and berlin...

Email ThisBlogThis!Share to TwitterShare to FacebookShare to Pinterest
filed under: little debbie, my mother is a danish, oline out of the city, the family forward, the trip to paris that'll probably never happen but God-willing maybe will

So, this could actually be a fairly interesting discussion of what city did you last look up tickets for?

damn. i have a fairly boring response: boston.

Omg Copenhagen!!! And when you do, rent a bike and see the city that way. No other form of transportation with do. And visit the Carlsberg Brewery - it may seem hella touristy and cheesy, but IMO it's totally worth it.

God, now I want to go back there.

Jesus, that comment is all typos. I was that excited.

well then get ready for me to pick your brain on copenhagen things to do if this does actually come true.

is it sad that I can't remember the last time I looked at flights to anywhere?

yes, but you went to alaska so i think you get bonus points for that.

Don't be sad, Les Savy! Someday we'll take to the skies again. It may be in a hovercraft, but it will happen...

Copenhagen is my new boyfriend.