the closet situation at my house is vastly out of control. and not in a redeemably cutsie, self-aware way like how when people come to visit and i say the apartment is a dump when really i know it's pristine save the sequins of nuit blanche and i'm only saying that because, despite a fairly well-developed sense of pride, i'm cursed with an inability to graciously accept compliments of any kind.

no, i am aware that the situation we have here is neither redeemable nor cutsie. it is the closet equivalent of charlie sheen's sex life- a seedy, violent melange.

case in point: this morning, when i forced open the door i had forced closed last night, it prompted an avalanche comprised of two years of bank statements, the christmas tree, a lone brown boot and winnie the pooh.

had i forced open the door with any greater strength it is possible i might have been concussed by the lone brown boot and been found days from now, dead on the floor, alone in the city. the lead sentence in my obituary: "woman who all too often had only $12 in checking account killed by closet."

because that is not the way i want to go, this weekend the whole closet situation is going to be brought to heel. and so again i turn to paris hilton's sole societal contribution. and again i sigh in awe and wonder. 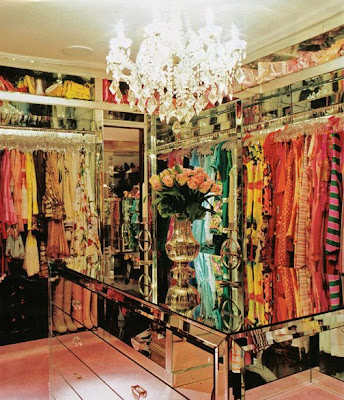 Email ThisBlogThis!Share to TwitterShare to FacebookShare to Pinterest
filed under: in the closet

My favorite still is your suitcase of scarves & mittens. A pandora's box, if I remember correctly.

Caro, I love you but I'm too OCD for your closet. This is why I'm getting a hotel when I come up. If I stay at your place, I will end up reorganizing your closet. LOL.

so you doubt my impending weekend triumph? sad sigh.