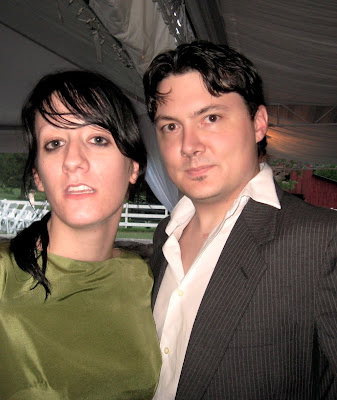 in 10th grade, we had this world history teacher.

(yes, this is going to have nothing to do with that picture but it seemed to demand a picture and that picture there is The Picture so just go with it.)

"mr rev" partner and i called him in the many inflammatory notes we wrote about him and passed to one another during his class.

my only real memory of mr rev is from the day when he arrived at the personally and professionally unfortunate decision that our class could not properly grasp the power of genghis kahn without a reenactment. to that end, he straddled a desk and mimed a mongol invasion as we sat slack-jawed in horror over the total loss of dignity unfolding before our eyes.

that was pretty much the end for him.

a few weeks passed in which anarchy reigned, and then mr rev made an unprecedented class-trade, handing our world history 1 class in toto over to the football coach, who would, presumably, whip us into shape and impose some degree of order.

the only itty bitty problem being that the football coach's geography class didn't want to go.

and so this is my first memory of steven (whose birthday is today). that moment when, wearing an orange polo and sitting in front of good old natalie d. (in my memory, they are holding hands. in reality, they probably weren't.), he led a revolt against the mongol invasion of coach brock's class.

ultimately, in high school as in history, the mongols won.

Email ThisBlogThis!Share to TwitterShare to FacebookShare to Pinterest
filed under: retro, steven, the month in which 79% of the people i know were born

Oh, so many... Him constantly getting hit in the back by some chick in French III/IV class sticks out in my head...

Oh, mad props on the wedding pic. LOL! I swear there was no booze at the reception!

I'm surprised you didn't use the one of you two hiding in a corner... You know which one I'm talking about. LOL.

Although, I think we were all trying to hide in a corner to try to get away from my MIL.

was that one of the professional ones? when did we hide in the corner? all i really remember is the mortification of the bouquet throw and the unflattering fit of bridget's boyfriend's pants.

Good heavens. You were both a jillion times cuter at the reunion.

and happy birthday to our beloved S.H.E.

yes, much like fine wine we seem to get better with age. and yet, there was a hint of my reunion lohanness even then...

and wow. i never noticed how simultaneously generous and wonky my boobs looked in that dress.

better late than never... Thanks for the "tribute", friend!

1) mr. rev was the poorest excuse for a teacher, hence our protest on behalf of staying with the much more capable (and cuter) coach brock. after the great FAIL, however, we were then subjected to piss-poor reenactments on the mechanics of wind movement. to this day, i will never forgive him for ruining the "american beauty" plastic bag moment. who knew that three years prior to the film's release, i would watch a grown, unibrowed man blow a plastic kroger bag around the entire room with all the pathetic might of one suffering from a deep mid-life crisis and a desperate need for attention from a bunch of 15 year olds? oh, the memories... i remember stealing his hall pass as a trophy of that wretched year. i survived, but he didn't. i'd like to think that, because of our class, he never returned to CHS to following year.

2) could you have picked a more bloated picture of me?! thank goodness the growing years have treated us much much better, and continue to do so. i don't think my cheeks have ever looked more pregnant.

3) yes, now that i think on it, there was a girl in french who consistently poked and prodded the back of my body each and every morning for nearly three years. who could've imagined we actually managed to be friends in the end?

5) caro, your boobs do tend to stand out more once anyone pulls out a camera. it's your chest's way of saying "CHEESE!"

there are so many pull quotes in that i do not know where to begin.

really?! now, i feel even more special than ever before! bravo, me!!!