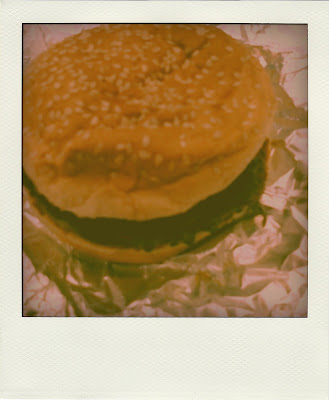 Email ThisBlogThis!Share to TwitterShare to FacebookShare to Pinterest
filed under: adventure in the city

i really wanted a burger.
i had one.
finally.
fin.

and a heap of fries? Wiener Circle? God (and burgers) are in the details, lady.

Do you have the gOgOl phOtOs up on yr flickr? (and if so, what is the Earl [url] of your flickr?)

nah, not yet. let me toss them on fb tonight. we look unusually sketchy- yet appropriately punkish- in them all.

ah, well, no worries then. I have a hard enough time appearing aesthetically pleasing in photos. No need to rush out the less than favorable ones.

I have found the 'stache does raise eyebrows of the passersby on the street. I feel like a Connecticut Yankee in King Arthur's court.

this blasted burger picture is making me hungry.

you said it. And with the dear diminutive one having another course at Story Studio this evening I might just have to go'n get me one of them bad boys for tonight's repast.

DO IT. with age, i've totally bought into the cow farmer's proselytization that beef should be what's for dinner.

Yes, in more realities than there exists, I will be burgering this evening.

Ooh, I love 5 Guys. I get the bacon cheeseburger there.

i got the little burger, which- given the GINORMO burgers around us- was definitely the way to go.

well that settles it. I'm opening up a burger joint and calling it Ginormo Burger.

The portions will be... oddly small and reasonable.

(and i'm doing that in the voice of b.still in starsky & hutch. i do not know this troy person of whom you speak.)

the MOVIE Troy. As in the one all the MAPHers were watching during our stint at the U of C. With Brad Pitt and *shudders* his cock-lines and such.

I vaguely recall there being an asassination attempt on him by some dame who he was sleeping with. And she has a dagger to his neck or something and is laying on him and he grunts

of course I might be wrong. I think Lara has seen it. Ask her.

please don't ever use the word cock-lines ever again. i beg you.

that said, it's good to have you back around these parts, pirate. OitC becomes such a desolate place during textbook time!

tell that to the toothless homeless guy with the pirate patch.

I can't speak for Slovenians. Their ways are mystifying.

wait. way way back in the olden days, weren't you once the spokesperson for SoSlo?