ted mosby (arhitect)'s mother always said "nothing good ever happens after 2 a.m." i do not know that this is true. but i realized yesterday- when i looked up in the middle of E's kitchen, saw the clock reading 1:44, promptly hugged everyone in the room, hightailed it to the cab stand, egged the cabbie to push speeds that ultimately led to the death of princess diana, only to race up the stairs to my apartment and exhale a ginormous sigh of relief, as though i had just barely skirted some unnameable disaster by shutting my door at 2:02- that my cardinal rule of city living derives from the advice of a fictional character's mom. 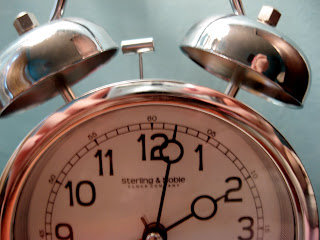 Email ThisBlogThis!Share to TwitterShare to FacebookShare to Pinterest
filed under: nothing good ever happens after 2 a.m., psycho

I love you, you big can of crazy.

speaking of big cans of crazy, am going to a 90s party and i'm going to request baby got back in your honor.