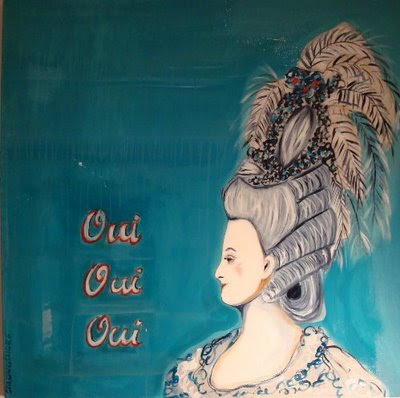 Email ThisBlogThis!Share to TwitterShare to FacebookShare to Pinterest
filed under: oline out of the city, the trip to paris that'll probably never happen but God-willing maybe will

this reminds me of a cinderella pop-up book I had when I was little.

remember mrs. reynolds' smushed fairies book? i saw that at the bookstore the other day and it still freaks me the hell out.

LOL. I've been trying to find that book for years to show Mom.

it is in every antique store in memphis for $3. scariest book ever.

and on the reunion front, as much as the thought of a Family and Friend Picnic in Jim Warren Park with dana mason warms my heart, i'm thinking no.

you were a no, right?

So far, we are a no. I think Mike's West Point reunion is the same weekend and he actually liked people he went to school with. LOL.

Oline, I feel like L and I are letting you down. All of your other friends are spawning and we are not. At least not that I'm aware of.

you crofts must be the only people in the world who use the word "spawn," which doesn't render it any less disgusting. gross word!

they are all gross words and phrases:

if only there was a little machine you could type in some specs and 'poof' there would be a baby in swaddling clothes, cooing and not throwing up everywhere and soiling itself all the time.

i HATE swaddle. do not use that kind of language here.

"spawn" makes me think of the video game Spore. and then about how weird it would be to actually MAKE a kid like they do. I would give him a dance level 3.