"well, at least then you can say you're a published author..."
"yeah, that'll really open up a whole new realm of administrative jobs."

"i listened to the titanic soundrack on the way to work, which was kind of the musical equivalent of 'shoot me in the head,' but i'm feeling like life isn't all so bad because at least i'm not dying on a piece of driftwood in the atlantic."

"no hurt feelings is kind of the goal of an adult relationship."

"it's like i'm over here giving head to a lollypop."

"lifting weights is definitely working, because i can hold my gun up much longer."

"oh great. harvest festival. what better way to celebrate the harvest than standing in the lobby of an office building."

"i feel like the last 8 years weren't a total waste since we got an oliver stone movie out of them."
by oline No comments:

8 further adventures on the cta 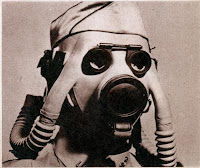 there was a guy on the train in a gas mask this morning. and while i know this was probably just some crazy agoraphobe, there's something rather disconcerting about riding the subway with a person wearing a gas mask. you can't help but wonder if they know something you don't.
by oline 8 comments:

Email ThisBlogThis!Share to TwitterShare to FacebookShare to Pinterest
filed under: and... we're old, it's the end of the world as we know it, reunification

i say this to my mum as i stand by a sign i believe to represent a bus stop (it doesn't).

this is probably not the wisest thing to say. but that doesn't occur to me until the horrified gasp echoes down the line and my brain yelps, oh, shit. like it haphazardly brushed against an electric fence.

you never know what'll detonate the "when are you moving back to memphis?" bomb. i've spent years avoiding it, deflecting, trying to shift the conversation to nashville, north carolina, north dakota. any place but memphis. i cannot go back there.

we got here, to this conversational point, through my debate of the kennedy library's various membership levels.

library membership. it seems so benign. so not the obvious route back to but, carrie bear, WHHHHHHHHHHHHHY do you want to live SOOOOOOOO far away? which is a question that misses the point. the difference between needs and wants.

why, yes, there is. members at the "presidential supporter" level are treated to the COMMEMORATIVE GIFT (!!!). which is apparently so awesome its awesomeness cannot be denoted through anything less than the gratuitous use of bold italicization.

which i don't. a fact that does not prevent me from concluding my discussion on the merits of kennedy library membership with the incendiary statement, maybe i'll move to boston...

this instantly becomes my mum's new Greatest Fear. a fear i do little to extinguish when (having just realized i've spent half an hour standing at a corner that is not a bus stop), i pissily respond to her increasing concern with the line, well, everyone i know lives over there.

read: dear mother, i am abandoning my tiny family to memphis and fleeing to live with my yankee liberal elitist pals in the kennedy capitol, a place you would never ever want to move as a senior citizen and where it is even more expensive than chicago so i will be even closer to The Edge and from which i will never venture for thanksgivings and christmases so that you will now spend those sacred holidays of family joy alone, without your only beloved daughter, your sad bitter tears staining the treasured family linens we only use on special days, which i will never see again because i live far, far away and hold no regard for important things like freedom or family or fine linen.

the women in my family have always been demanding. we've been blessed and we expect a lot.

my mum has this utopian vision where we all wind up where we began- together again in the summer of 1986, sunning in the aqua patio chairs, wiggling our toes in the freshly cut zoysia, downing flutes of baptist champagne as a fair-haired five-year-old naps on a collie in the flowerbed. she wants that whole thing.

it's a pretty picture. one i'm probably going to spend the whole rest of my life trying to recreate. but i'm a realist. and i recognize that there are limits.

four collies and real champagne. that'll more than do.

Email ThisBlogThis!Share to TwitterShare to FacebookShare to Pinterest
filed under: little debbie, so maybe there ARE other places we could live, the family forward

and as i sat from fullerton to jackson listening to the man behind me reminisce about the six days he spent in cook county jail on charges of battery and why it is better to be convicted of carrying a concealed weapon than domestic abuse, i remembered why i hate the bus.

"the South has always held up a mirror to the rest of the country, but as often as not, the nation looks into it and refuses to recognize itself."
-from here
by oline 19 comments:

6 things that make no sense

it takes an hour and 51 minutes to fly the 675 miles from raleigh, north carolina to chicago, illinois.

it takes an hour and 59 minutes to traverse the 14 miles from o'hare to north lincoln.
by oline 6 comments: 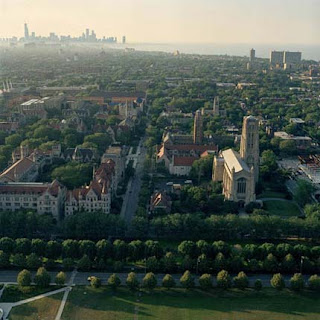 i think lindear put it best when she said, "for some reason, the crofts’ marriage is bigger to me than any celebrity wedding that is covered in people magazine." 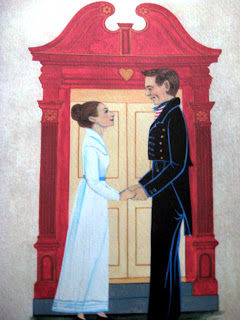 word reached me of this at lunch and i find it a vivid reminder of the fundamental reason the croftOs and i are friends- they bring the musical awesomeness. 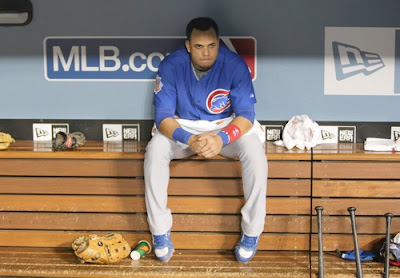 i don't write about politics. because i don't know shit about politics. i know what i believe but beyond that my political savvy is limited to an in-depth knowledge of january 21, 1961 to november 25, 1963. ask me about the american university speech and i can bring the pain. pakistan? yeah, not so much. so i write this as a know-nothing. make of it what you will.

i am pissed at sarah palin.

i gather i'm not the only one.

there are a variety of shallow reasons to be pissed at sarah palin. the beehive. the lipstick. the habitual mispronunciation of nuclear. all of these probably have no material effect on her ability to govern, but still. when i brainstorm traits for the leader of the free world, folksy doesn’t come to mind.

admittedly, i'm an elitist. sarah palin wasn't picked to please me. she was picked for all those other people. people who aren't instantaneously turned off by the phrase "joe six pack." to me, america is better than that. surely, surely, there's more to this land of ours than megalomaniacal sports moms and beer guzzling dads. if not, i want out.

this isn't just me being judgmental, because i'm in no position to judge. i don't have a favorite supreme court case. i didn't know the bush doctrine had a formal name. and it took me months to realize all those signs were for a state rather than a street and that wisconsin really was in illinois' back yard.

yes, i'm a moron. but then, i'm not running for office. i don't even have an office.

so i say this from a place of love in my humble cubical. it's one thing to not know things. it's another thing to know you don't know things and want to pretend like you do. it's a whole other thing to go out in the vote-getting world not knowing things and acting like that's ok.

the other day i pulled a palin. i held an important, potentially income-altering conversation and peppered it with vague allusions to my "interesting" experiences and "extensive record of making people smile." for reals. yes, yes, pick me... i can perform this vast array of complicated communicative tasks because... i'm sarcastic and i collect beads! they were looking for a home run. i showed up in stilettos to play wiffle ball and then pulled a crap bunt.

it was bad. so bad, in fact, that i was tempted to call them back and say, yeah, let's just call the whole thing off. which is why i am pissed at sarah palin.

sarah palin should know better. john mccain should've known better too, but that's not the point. as a judgmental, elitist woman, this whole dramedy- from the couric interviews to the stepford wife of last night- is insulting. it's not some great advance for womankind. it's feminism sacrificed at the altar of personal ambition. surely we aren’t so distracted by the sight of a woman in a suit on a podium that we forget it is in no way maverick to be unprepared.

i never thought i'd say this. hell, i spent a year wishing she'd go away. but seriously.

i know you're mad. i know you're out there licking your wounds, probably penning a sequel. making history then watching another woman come along and fuck it up. and i'm sorry. but your country needs you. please. come back and kick this girl's ass.
by oline 2 comments:

5 a picture is worth a thousand words 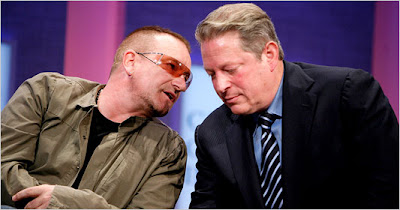 well, maybe not that many. but there are some fundamental- inconvenient, some might say- truths here.