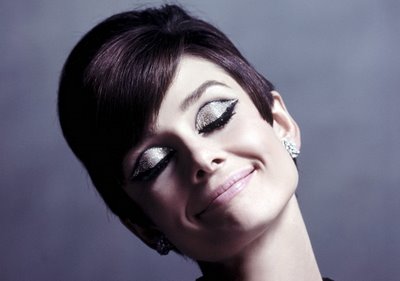 despite the whole bombshellism bit, i'm not a fan of makeup. it makes me want to immediately wash my face. lotions, perfumes, polishes and powder puffs are divine. lipstick, not so much. ditto for most everything else.

so my war paint is limited to red or black nail lacquer, bonnie bell chapstick, and a whole hell of a lot of eyeliner. because eyeliner equals power. (and this isn't just because there was some velvet goldmine the other day.)

Email ThisBlogThis!Share to TwitterShare to FacebookShare to Pinterest
filed under: all my little words, eyelinuh, making up in the city

is there a male answer to eyeliner? what product applied to us instantly ups the tip ante? what product morphs in its importance as the day wears on? and, perhaps most vital, where can i get some?

I miss my blog.

prof j! i would say all of us here could pretty safely rock the black hair, black eyeliner, black nails look (just the image of you standing before a class holding american psycho aloft in black nail polished fingers is all kinds of brilliant- let's coordinate our holiday look like that and give the whole church a scare!). but then i'm less than 24 hours away from velvet goldmine so my perspective is a little warped. for serious, i think 9 out of 10 girls would agree the white buttoned-down shirt, no tie is just about the most perfect thing going. bombsy, you with me on that?

bombsy! go mind your blog. you have reader(s). they (i) cry big fat crocodile tears every time they (i) mosey over there expecting bombshelly fantabulousness and see that same old "newlyred" headline they've (i've) been seeing for what feels like epochs. the topic of our hair colouring has been wrenched for all it's worth. where o where is vanessa's bitchy sister??! (and i know it's bitchy of me to ask after my lappy ate your jump so...) where o where is anything a'tall? we're, like, in a totally different season, love. the fall has fallen and we're franch! (and that new lipstick rocked my world!)

and nick! thank you much. donned the belt of lovely and the shoes of clever to write it.

i second the bombsy withdrawal!

incidentally- for those who care- this might just about be my favorite photograph of all time. at least for this week. maybe am the love child of elvis, jackie and audrey. which would make things even more interesting.