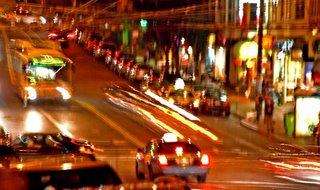 (a rather shoddily written musing on toplessness, red shirts, and identity)

this weekend it got hot. crazy hot. what, in mississippi, would be called "HAWT." (though still approximately 20 degress away from those july memphis days where it hurts to even go outside.) it's the tail end of may so this shouldn't be shocking. but somehow it was. coming, as it were, after three weeks of 50 degree rainy days, on one of which i actually wore a winter coat. yes, a winter coat. in may. obscene.

on the 13th, as we sat shivering beside her radiator, the Bombshell put it best (i collect quotes and this was recorded on a conveniently dated page of pillbox notes, so it's not nearly as creepy as it looks):

"we are almost six months into the year and we've been freezing the whole time. it's like weather by sybil. like someone didn't give someone the memo that it's may."

i think someone got the memo. my walk on saturday night was pleasantly warm. by sunday morning, when it came time for the 2 1/2 mile hike to church, it was what my paw-paw would call "hot as blazes." i checked the weather and wore as little as possible considering my final destination. still the heat was like a slap in the face.

the hipsters were nowhere to be seen at 10 a.m. however, there was plenty to see. there was a topless man with the inevitable shirt thrown over his shoulder. how does that happen? was he leaving the house topless, and then just had the afterthought. of! better grab a shirt! or was he wearing a shirt, got too hot, and decided to doff it? what of the people with him? i was hyper-aware that he was one pantsing away from nakedness. can't imagine how it must have felt to be the fully-clothed woman next to him. to have to tactfullly remind him, oh honey, let's do take a shirt along just in case we decide not to stay on the street in the boiling sun all day long and want to go inside somewhere, in which case your near-nakedness will be unacceptable.

at Jenny Fair's going away party last weekend, someone brought up the topless driving phenomenon, which is a chicagoland trend widespread enough to warrant mention on the radio. our big question was: where do they put the shirt? in their lap? the passenger seat? do men go topless to work then sit in the parking lot and struggle into a suit and tie? and is it really that hot? a heat to which air conditioning is impervious. is toplessness really the answer?

for women, it isn't. and the options are considerably more limited. the equivalent of male toplessness would be the t-shirt, bikini bottom route or the ever-popular cowboy hat, handkerchief shirt and/or bikini top, shortie shorts look.

i, however, did not walk to church in either of these. i wore a normal red button-down shirt, jeans, the green shoes and walked normally down the road. maybe it was just the anomoly of my being fully dressed but apparently, if you wear a red shirt and walk down north lincoln, 3 out of every 4 men will gawk. this doesn't quite make sense, because the same outfit paraded around downtown last tuesday without gaining a glance. i've subsequently washed and worn it for the past three days- 25 is looking to be a very red year but not knowing that i only own 2 red shirts- without experiencing similar gawkage. mid-walk i thought maybe it was the cinnamon-roll bun i'd thrown my hair into that was so mesmerizing. but then women would be more inclined toward wonderment over that than men. thus, the red shirt theory stands.

i'm a bit judgemental, which is kind of inevitable when you're a connissuer of absurdity and human folly. and i can't help but think maybe this was my comeuppance. i judge what people i don't know wear. because it's hard not to see what they wear as a little piece of who they are. my personality, for instance, can be best summarized as green, striped and mismatched. layers are often involved. i am most myself in green and i'm not quite sure who i was in the red shirt and ginormous white sunglasses. so i can't help but wonder what message is being sent by the girl who ventures onto the street barefoot and in a bikini bottom? what is that supposed to convey about her inner monologue? i can't begin to fathom it.

but then i think back to the maph cruise. where i wore that red bra with that blue dress and nothing stayed in its right place, as all the pictures prove (this is one among the many sober Undergarment Incidents that suggests some underlying streaker tendencies and justifies my not being a drinker). that was entirely accidental, but everyone thought it was A Daring Statement. that my quirkiness extended to visible, contrasting undergarments. so perhaps the bikini bottoms and the shortie shorts shouldn't be judged. i can't explain the topless guys- they seem well aware of their offense and appear to revel in it- but i have to think on some level the bikini bottom girl just wants to wear something comfortable and gets home and thinks heavens! where did my pants go??? because sometimes a girl just forgets.
by oline

I think when it gets hot people start feeling all sexy-fied. Having one's skin in contact with actual outdoor air again after so many, many months (6 so far this year!) maybe works its magic a little to well on some. Hence the bikini bottoms in public. That girl feels sexyfull and wants you to KNOW IT!