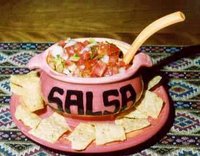 the lessons (the nature of which cannot be revealed at this time and yet, if you can read context clues was just revealed) have come to an end. and a big shout-out to Little Guy Who Takes Even Littler Steps. yes, he was little and his steps were even littler and there was that unfortunate lunge remark some weeks ago. but after dancing with the Instructor (who did the gayest thing ever and made us feel dull), Comfortable Guy (whose head fell most unfortunately at bosom level and whose constant inquires after our comfort made us decidedly uncomfortable), Black T-shirt Guy (who backed us into that damn wall every single time), Overly Critical Guy (who ignored the instructor and moved to his own beats, only to then criticize our inability to follow), Tall Guy (who, let's face it, was just never meant to dance), and Sex Faces Guy (whose unrelenting eye contact made us feel dirty and cheap)- bruised, wearied, and with wounded pride, we hobbled back to Little Guy Who Takes Even Littler Steps. he took us confidently in his rough, little hands, led us clear of all walls and took his little steps in time with the instructor while keeping a stoic, friendly face. "you are so good! you can dance!" he said. "you must have taken dance lessons! so talented! so lovely!" he said. and though he missed the final lesson, forcing us again back into the clammy hands of Tall Guy/Comfortable Guy/Sex Faces Guy, his praises echoed in our minds as we made our feet go one, two, three, four, we're so lovely, one, two, three, four. so to Little Guy Who Takes Even Littler Steps, who will admitedly never read this and who we'll probably never see again: bless you. we were awkward, criticized, run-down, sore-footed girls. you made us feel like dancing queens.
by oline

Bless YOU, my ESLA's, for lending your feet, your pride and your thursdays to my salsa-cause. You girls are the best thing since sliced Ya-Ya's.

Bombsy said...
This comment has been removed by a blog administrator.
Friday, 19 May, 2006

so the bombshell's comment popped up twice and to be all neat and tidy i deleted it, thus leaving in its wake the above very scary "comment deleted" comment, which makes me look far too dictatorial. hence, this behind the comment comment. (yeah- it's friday. in my own immortal words: i can't go on!)

Greets to the webmaster of this wonderful site. Keep working. Thank you.
»