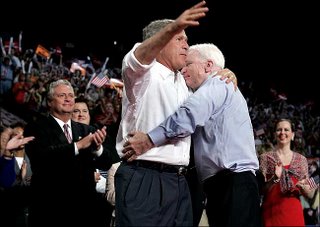 i'm an ambivalently tactile person.* there are certain terms for touching and being touched. walking through a department store/fabric store/toy store/___ store, i fondle everything in sight and have this annoying habit of exclaiming, "oh how soft! feel this! oooh! so soft!" i quest for softness. my little family is also very tactile, always kissing, hugging, leaning, patting and linking arms. we hold hands when we pray.

in chicago, everyone hugs. ESLA is especially huggy and i love that. we hug hello and goodbye and over random other moments in between. yesterday, L made a fabulously relatable remark and i caught myself squealing: "let's hug!" even as the hug itself was unfolding, i couldn't help thinking, "we're so chicago right now." and this friendly, sincere hugging is delightful. it's the more ambiguous social gestures from people who are not bosom friends that make me fumble.

am reading nancy mitford's madame de pompadour, and there was a section on the complexities of court etiquette. people could betray themselves as social idiots by leaping from their carriage to bow to the king (the proper thing was to rise but remain in the carriage). hugging and other casual displays of affection- so foreign in my little corner of the south and so prevalent here- are very similar. when do you hug? no one seems to know.

P hugs everyone in the group but me and am on tenterhooks as he works his way down the line in case it should happen until it doesn't happen then am enormously (probably, embarrasssingly, visibly) relieved because the awkwardness would be unbearable. but then as i'm thrilling over that, HH out of nowhere throws in a big kiss on the cheek. i don't begin to know how to play the kiss on the cheek. sometimes it's one cheek. sometimes two. sometimes sound effects are involved. one craft night, a girl i had known for half an hour went the route of two cheeks with sound. i was mystified. we were nowhere near that close.

the kiss on the cheek people must have no inner monologue whatsoever, because there's no way they could pull it off plagued by the thoughts churning in my head: will this be one cheek or two? will there be sound? will the sound make me laugh thus, throwing off the timing of the turn of the head for the second peck so we end up kissing (horror!) on the mouth? the kiss on the cheek is a very bold move. it could go wrong in entirely too many ways.

my mum and i have this bit where we fake kiss on the cheek, maintaining an untraditionally safe distance, and say "kiss, kiss." it's a much more lighthearted, hygenic way of doing things. and i wonder what would happen if i were to bust out a "kiss, kiss" in company. in my head it's something i totally rock but in reality, i could probably never get brave enough outside my head to actually pull it off. i'd sit in the corner table at ESLA h.q., biting my nails, plotting for up to an hour prior to farewell- orchestrating how i'd give Les (because if an inaugural "kiss, kiss" were to be casually whipped out, Les would be the most obviously receptive) a light hug and brightly exclaim "kiss, kiss!" and dissolve into jolly giggles. then it would come time to leave, we'd pack up, do the standard hug and i'd return home, comforted by the thought that i now have a plan (and i'm so much better with a plan) and maybe next time i'll be ready for a "kiss, kiss."

*i'm also crazy longwinded and footnotey this week so all apologies!
by oline

This is a way complicated issue through and through. I myself am a kiss on the cheek type person. Bold, yes, but this is how I roll.

As for the kiss on the lips, only rarely, and only when it comes to the bestest of my friends, of which there are two. I think.

Do inaugurate (weird word!) the "kiss, kiss"! Would be so very chic.