0 "from what i've discovered about our industry, we are in a very annoying profession"

i'm an english major through and through (quirky, quiet, decently-read and with a fondness for anything that has elbow patches). i am also working "in my field," which is the impossible dream of every english major. added to that i'm working from home in a beloved other city. and for this i am eternally grateful, and should never complain when weekend work is required to meet the deadlines that we never make or when clients do crazy senseless things. there are, after all, only so many jobs where you get paid a nearly liveable wage for reading books, drawing pictures, and playing with words, and there are a bazillion other english majors clawing to get into them. but... 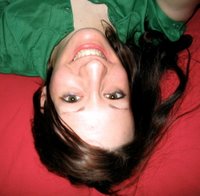 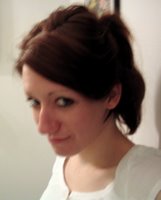 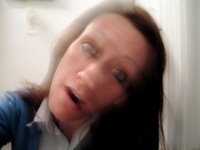 if ever there was a messed up industry, it's publishing. L and i agree on this and have had many a convo in recent months pondering the craziness of our line of work. hence, L's profound observation of last night: "from what i've discovered about our industry, we are in a very annoying profession."

the boss (a salesman) says that publishing is difficult because writers and designers (aka artists, aka me) have such "harsh personalities." but there's more to it. publishing is uniquely troubled by a proponderance of complicated communicators. will openly admit i'm chief among these. am a total moron on the phone and require at least ten minutes to process an entire conversation- which means the boss' "well, say something" neediness is seldom met to his satisfaction.

i've never been a fan of group work (it so often turns lord of the flies) but in publishing, four or five people work on the same project without ever speaking. even i recognize the stupidity in this. in the past week, L has been taught four entirely different ways to route a manuscript. we both have sent manuscripts to designers only to have them returned with half the corrections made and the other errors unchanged. are we being ignored or are they being dense? either way it's bizarrely pick-and-choose.

clients only exacerbate the complicated communication. at the moment, we're dealing with representatives from a scarily disorganized educational institution. the client is the sweetest woman that ever was but she has no filter whatsoever. the boss, myself, JD (the favorite writer), and our administrative assistant have all been regaled with her tale of bureaucratic woe. there is no clearly professionalism left. the phrase "i should be in therapy" surfaces entirely too often.

all of this leads to the three greatest lessons i've learned as an employed wordsmith:

Email ThisBlogThis!Share to TwitterShare to FacebookShare to Pinterest
filed under: lessons learned